Mallorca is one of our most popular cycling destinations with over 3000 cyclists from Love Velo making their way to Mallorca in 2019. Consequently, we want to share what it’s like cycling in Mallorca, and importantly, the reasons why our cyclists choose to cycle there. From tackling iconic routes to struggling with mental health, we hear from Charlotte, who kindly took the time out to speak to us openly about her experience before and during cycling solo in Mallorca last week.

3 weeks before her cycling holiday in Mallorca, Charlotte decides that she needs to take some time off work. Due to a lot of changes happening in her company, and her recent struggles with mental health, a holiday that promotes wellbeing is on the cards. After flicking through yoga and boot camp retreats, which are crazily priced, solo cycling in Mallorca seems perfect.

2 hours of flying from Bristol airport lands her in Mallorca, the well known cycling mecca and paradise. Because Mallorca boasts 300 days of sunshine a year (even in winter) and pristine roads, there has been an influx of cyclists to the Spanish island. The majority of locals living there have embraced the biking lifestyle. As Charlotte discovers, they are very considerate of cyclists when driving and her bike shop is just around the corner from the hotel. 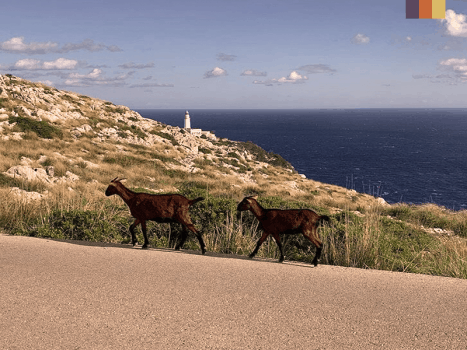 Based in Port Pollensa, there are iconic routes left, right and centre! Cycling north takes you to the Cap Formentor lighthouse, south to Soller and Sa Calobra, and east to Alcudia. First up on Charlotte’s list of rides is a 50km loop ride to Cap Formentor along the gorgeous coastline. Looking back, it’s still her favourite route because of the feeling of achievement after completing her first Mallorcan ride.

However, even with the breathtaking views and sunshine, Charlotte admits the routes are challenging. During her battle up Col de Soller, she stops for water a couple times, and to give herself a pep talk. Similarly, Sa Calobra appeared rather daunting up close, with steep drops beyond the small stone barricade. It requires skill and confidence to descend switchbacks such as those and Charlotte decides it’s not for her. Backing out doesn’t knock her down though, as she’s cycled through areas she wouldn’t have otherwise. Having been to Mallorca many times before, she can’t believe how much more of the island she’s seen during 5 days on the bike. 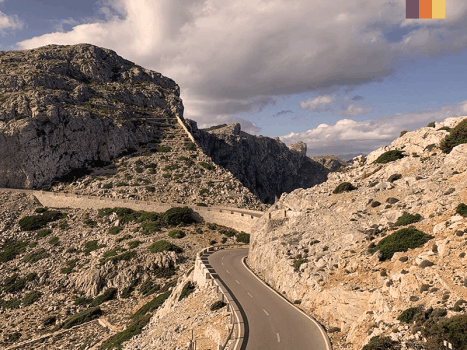 Cycling in Mallorca is one of many journey’s Charlotte has experienced in the past year. Living with depression and anxiety is another journey she’s tackled. Open and honest, Charlotte reflects on how a year ago she struggled to get out of bed. She has been on a roller coaster with her mental health over the past few years, and sought help with counselling as well as CBT. Although, nothing has given her an outlet quite like exercise. 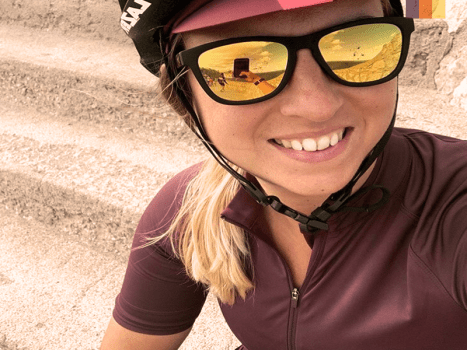 Following an emotional Christmas with her mum being diagnosed with Breast Cancer, Charlotte signs up to a 100 mile charity bike ride at work. The first thing she has to do is buy a bike. Fast forward to Easter weekend, and she is facing her first ride on her new bike in the Mendips. What is it like? Liberating, freeing and shocking. Shocking because she wonders why she has waited so long to try cycling. Charlotte describes how cycling has transformed her mental health:

“Cycling has given me a massive sense of headspace. I definitely feel like the bike really helped me this year, it’s been a real escape. I cycled on my own to build up my confidence, and since then I’ve always cycled out with a group. Actually, a lot of people that I cycle with have struggled mentally as well, so it’s amazing to hear there’s a lot of people cycling for mental health.”

Cycling is for anyone

If you had asked Charlotte a year ago if she’d travelled to Mallorca for a cycling holiday, she’d have laughed in your face. She thought cycling holidays are something other people did, and that cycling and holidays didn’t go together. Now? Charlotte doesn’t hesitate to recommend a cycling holiday to someone struggling with mental health, and wanting to get into cycling. If Team Ineos can do it, anyone can, right?

Being in her 30’s, Charlotte sees cycling as building the foundations for fitness in later life. Both physically and mentally. She talks about a few negative comments received about her body type in relation to cycling, admitting that she is tall and not lean like the stereotypical athlete. Instead, her body type is more all rounded due to the triathlons she has started training for. In her eyes, anyone can cycle, no matter what they look like.

Furthermore, Charlotte emphasises that it’s okay not to feel yourself. Importantly, it’s okay to talk about mental health too.

Why did Charlotte cycle solo in Mallorca?

As a result of Charlotte’s growing passion for cycling, she became very involved in group cycling and competitive events in the UK. Therefore, she desired the freedom of cycling by herself somewhere new, to challenge and work on herself more. Despite others telling her she was mad to go on her own, she felt confident cycling in Mallorca.

Stocked with 12 routes to choose from during her 5 days in Mallorca, there is little that could go wrong. The GPX routes, built by us at Love Velo, are packed into an experience, detailing what the routes are like and tips for along the way. These can be followed on a GPS device such as Garmin or Wahoo. However, the freedom is still there as, like Charlotte tried on one of her rides, you can explore other places off route too. 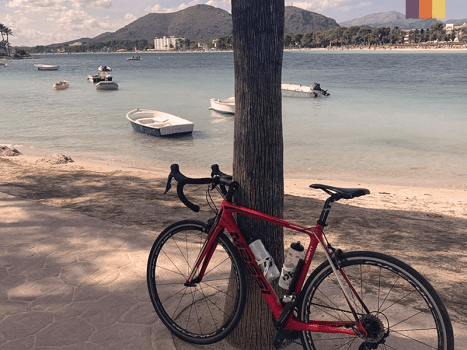 Leaving Mallorca was harder than she thought. Yes, because the weather and landscapes and beaches are irresistible. Yet over the few days Charlotte found she’d developed quite an attachment to her bike. Whilst she got to meet a lot of cyclists throughout her cycling holiday, on the miles of road where there was no one, it was just her and the bike. Cycling solo is without regrets for Charlotte, as she hopes to embark on a solo cycling holiday in the future, possibly in France this time!

Are you inspired by Charlotte’s experience cycling in Mallorca? Let us know! Speak to our friendly cycling specialists to book your cycling holiday today.

Additionally, if you are struggling with your mental health, contact your local GP for help. Websites such as Mind and the Mental Health Foundation can also offer support.