THE 5 BEST CYCLING HOLIDAY DESTINATIONS FOR A SELFIE

It’s not something we proudly admit to but there’s no denying that everyone wants to capture the highlight of their holiday with a great selfie. Whether the background is made up of stunning coastal landscape or UNESCO World Heritage Sites, the following cycling holidays will provide you with a perfect selfie opportunity that will guarantee to make your friends jealous.

Situated on the South-East coast, the French Riviera (above) hosts some of the most luxurious beaches and picturesque towns in France. The scenic views you’ll be treated to once you’ve peaked the Col D’Eze between Nice and Monaco make this place unique for a selfie.

If you’re lucky you might bump into some members of Team Sky who often train on these routes, you’ll have to be quick to grab a picture with them though! 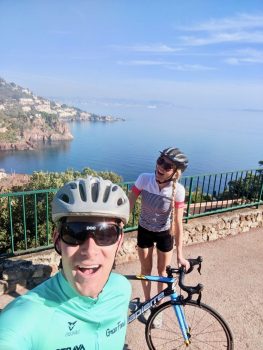 What better place to take a selfie than the 8th Wonder of the World. Built in the 9th Century, Ankgor is the largest religious site in the world, playing host to magnificent temples such as The Bayon and most notably, Angkor Wat.

Stretching 170 square miles, the UNESCO World Heritage Site is best explored on bike. Take in the magnificent surroundings and, if you’re into your movies, make sure to get a picture in Ta Prohm, one of the most visited temples in Angkor and the set of the 2001 film, Tomb Raider. 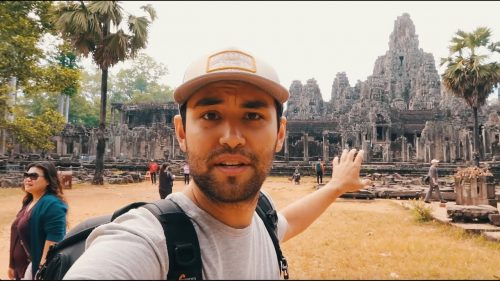 Keeping on trend with UNESCO World Heritage Sites, Tuscany also boasts its share of spectacular locations with the city of Siena and the medieval town of San Gimignano offering great selfie opportunities.

You’ll notice San Gimignano the minute it appears on the skyline with its traditional and instantly recognisable architecture. Climb to the small town and take a selfie overlooking the peaceful Tuscan landscape before eating at one of towns charming restaurants. 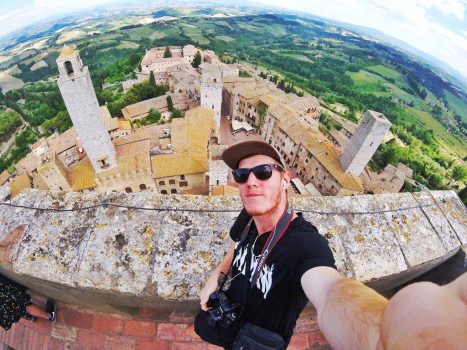 Whilst the selfies in Holland won’t be taken on top of spectacular mountains, your trip around the Lowlands will provide you with multiple opportunities for a picture in front of expansive countryside, serene lakes and traditional windmills.

In Amsterdam, you can also join the 847,000 other bicycle owners making their way round the picturesque city. To ensure we stay consistent, in 2010 The Canal Ring was also named as a UNESCO World Heritage Site! 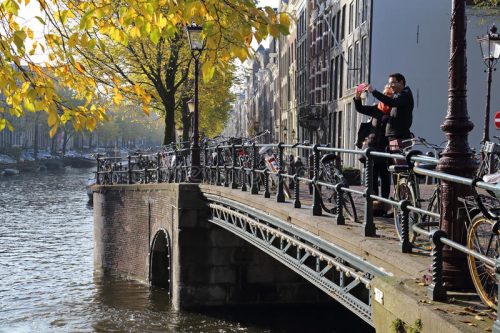 As you cycle down the West Coast of the South Island you’ll be treated to breath-taking scenery and an incredible riding environment. The Haast Pass is a particular highlight along the way, as are the Otago Valley and the ride into Makarora.

Incredible selfie opportunities are everywhere you look in New Zealand. However, if you’re looking for the best picture for Instagram then the famous Wanaka Tree will guarantee you a few likes. 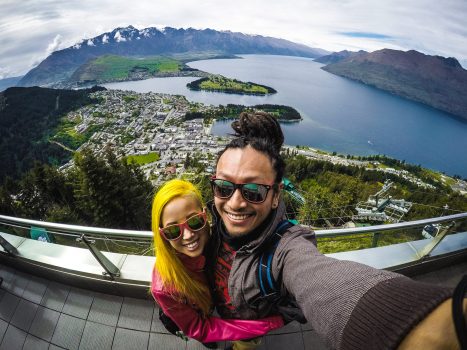