As you’re climbing the Stelvio Pass you’ll be forgiven for keeping your head down and taking it one pedal at a time. The 2758m ascent is one of the hardest in Europe and tests the endurance, ability and mental toughness of even the best road riders. However, when you reach the summit and look over your shoulder, the burning leg pains and racing pulse will fade and you’ll embrace a new feeling of awe and beauty. The views from the top will last with you forever.

As one of the most renowned climbs in Europe, the Stelvio Pass is a must for all keen road cyclists. The most common route to take on the mountain is from the town of Bormio, located south-west of the famous ascent. From here you’ll encounter some of the most photographed hairpins in cycling, riding an average gradient of 7.1% for 21.5km. 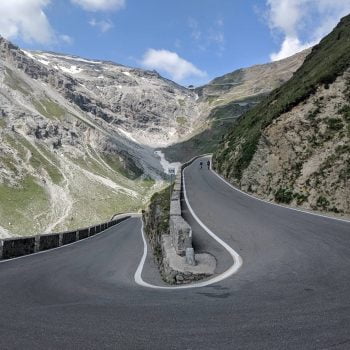 Often regarded as one of cycling’s spiritual homes, we think it’s best to visit the climb in the early hours of the morning to ensure you experience the incredible landscape without any distractions. Unknown to many, the Stelvio Pass is closed to vehicles one day a year (usually the first week of September) which makes it an even more special place to ride. If you’re planning your cycling adventure for 2019 then bear this in mind as the experience will be truly unique. However, as the weather in September can sometimes be unpredictable, you may choose to ride here in late May or early June before the crowds come in.

Whether you prefer the climb up or the ride back down, you’ll be at home in the Italian Alps.

The climb, first featured in the Giro in 1953, makes up the highest road pass in Italy and is rumoured to be returning to the Giro d’Italia in 2019 having missed out on this years event. This will make the destination even more popular as we move into the new year, adding to the already prestigious reputation that surrounds the climb.

One of the Stelvio’s unique features is the count down that leads you around each hairpin. Those taking on the mountain from Prato allo Stelvio (in the north) will find themselves starting at an initially daunting number of 48. From here, each hairpin brings you another step closer to your goal, with the final 5 turns some of the tightest and steepest on the ride. From Bormio, only 20 hairpins sit between you and the summit… 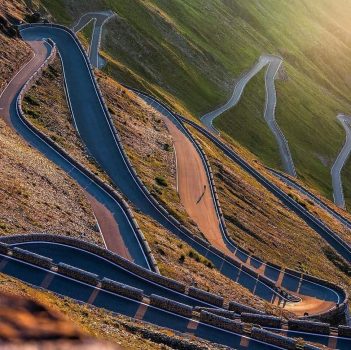 Ex-Top Gear presenter, Jeremy Clarkson, described the Stelvio as “15 miles of Asphalt spaghetti draped on an Alp”. If that doesn’t sound like a cyclist’s paradise (not just because of the spaghetti) then what does?

If you’re looking to ride the Stelvio or its neighbour, the Mortirolo, get in contact with us today and we’ll put together the ultimate Italian Alps package for you. Find out more about the trip here.