It is no secret that we love cycling here at Love Velo and most weekends someone from the office is cycling somewhere in Europe sampling one our trips to ensure we can give you the best advice available. Last weekend was no different as members of the Love Velo team and their friends flew out to Tenerife to sample a few days riding on the Island of Eternal Spring. Here is their story…

“El Teide: 43km” said the road sign ten minutes into the first climb of our five day trip. “That’s a long way to the top,” we all thought. At that same point a tiny little Grand Tour winner shot past us in his Italian national champion kit. “That’s Fabio Aru!” someone shouted as Aru did his trademark out of the saddle sprint and disappeared round the next bend. Two minutes later we could see him five switchbacks up the climb. We knew Tenerife would have a lot to offer but this was something else. 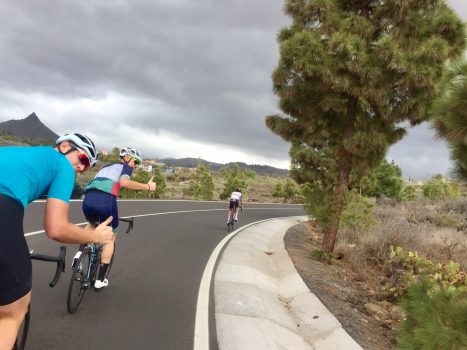 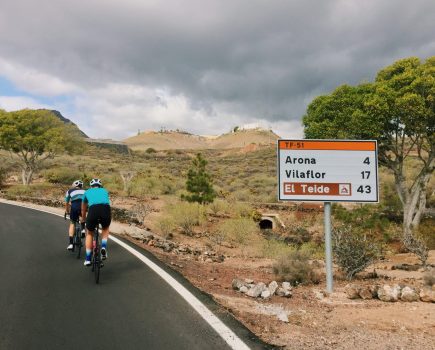 After our early morning flight of just over four hours from the UK we dropped our bags off at our hotel, had a quick change and went to pick up our bikes. After collecting our rental bikes from the very friendly guys in the bike shop and headed out of Las Americas. The road heads straight up towards the town of La Camella and once past there the traffic fades away and we were left with stunning views of the coast below and brilliant climbs up ahead. We rode up to Vilaflor, the last village before the top of Teide and here we began a fast and windy descent down to San Miguel. After a while we’d sussed out how the bikes handle in the corners, and had a great time clipping apexes and enjoying the thrill of feeling the air get warmer as we dropped towards sea level where the weather is always a warm 20+ degrees.

There’s nothing quite like putting sunblock on in January and the novelty didn’t wear off all weekend. Day two we joined up with our friends our guide Andrea, a little Italian mountain goat who had already done more kilometers in one month than I can manage in two! Ed, a very cool Dutch guy in charge of keeping us warm, hydrated, fed and in good spirits was driving the support vehicle as we set off from the bike shop at sea level with one goal, all the way to the top of Teide. 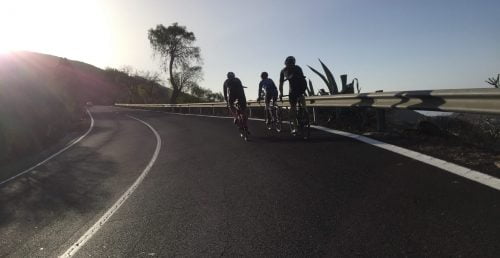 A perfectly paced 20km warm up led us to a cool little cycle cafe where we had a quick espresso and a debrief before heading up the climb from Granadilla to Vilaflor. Winding through a beautiful forest, Andrea started lifting the pace and we started panting, before he sprinted off after the support vehicle. “I’ll ride as quickly or as slowly as you like,” he said to us. “Maybe ease off a little bit, there’s still a long way to the top!” was our reply. Unfortunately due to some nonseasonal weather, the top of Teide was closed off so we turned round and zipped back down to regroup and head out East. Once we’d done a lovely undulating loop in the sun we wound up at the sam cafe once again where a feast was presented to us within five minutes of sitting down. One last descent to Las Americas and we were by the pool with our feet up by 4pm!

We had taken a few local tips on the best roads to ride on our next big day out to the West Coast and the mountain village of Masca. A quick route change that morning took us up a stunning 700m climb from sea level through a banana plantation.

As tempting as it was to stop and help ourselves we pressed on, in pursuit of the rainbow we could see in front of us the whole morning. Tenerife has 20 microclimates on the island and so the weather is highly localised. Luckily we’d had prior warning and had packed some warmer layers and rain jackets. As we worked our way up a biting climb (you get very used to 6% climbs until a 10% gradient comes along!) At the top we were greeted to one of the best views we’ve had on a bike ride, looking down into the luscious green valley below, framed by a full rainbow which we were above. 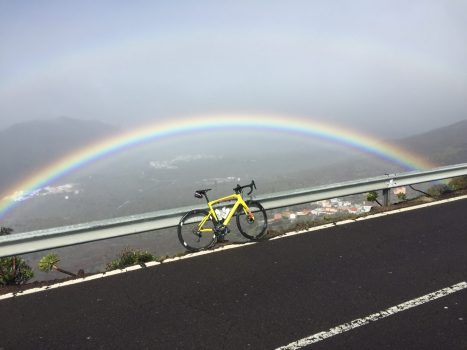 After a chilly descent, and another long steady climb back up we found Masca, nestled in the mountains with lots of tourists staring at us with wide eyes as we tackled the 3.5km climb known locally as “The Wall”. 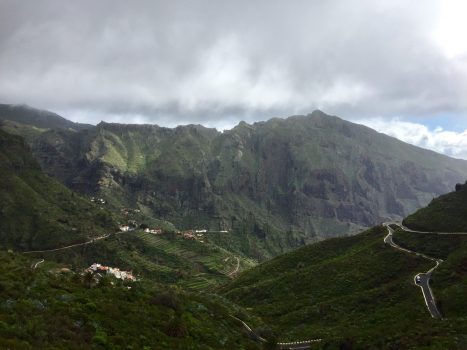 We were determined to get to Teide that weekend and Saturday looked the best day and we set off west once again to see more of the banana plantations. Approaching the climb from the west side is one of the most spectacular climbs any of us had done before, with a very steady 6% gradient all the way up. The snow capped peak of Teide was with us for much of the climb, each corner providing a different view and always taking our breath away. 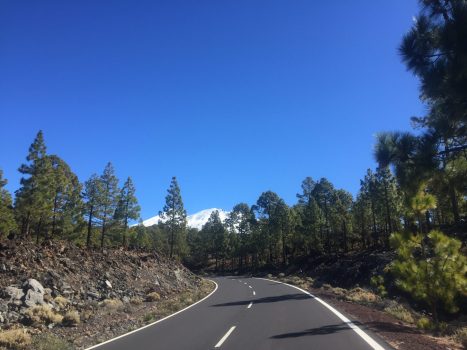 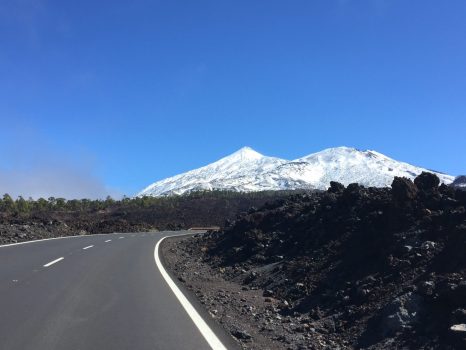 At the top we dutifully posed for pictures, grabbed a cake and coffee at the cafe (a short ride from the road intersection) and headed up and out of the crater to begin the descent. We had climbed up through the clouds, where nothing but clear blue sky was above but on the way down you can feel the chill as soon as you break through. Luckily the warmth of the cafe wasn’t too far away and we stopped for some lunch before heading home. 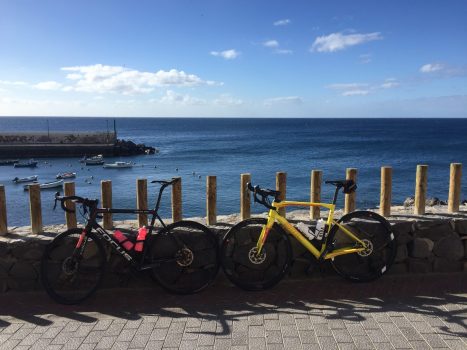 The final day’s recovery ride took us round the coast to a little fishing village of Los Abrigos and we were waving to lots of local Sunday riders and a few pros as well (the Movistar women’s team were out training as well that week).

With plenty of riding, climbing and breathtaking views it was time to head home, sleeping on the plane the whole way. Now to plan the next one…

If you would like to visit the Island of Eternal Spring click here or make an enquiry here.