The Best Cycling Route in Murcia

Murcia cycling is not a term that most cyclists search for. The region of Murcia just isn't that well known for its cycling other than by the locals. Most people instead focus on Mallorca, Girona or Calpe for their Spain cycling holidays. Their loss is Murcia's gain though. The city of Murcia and the region itself offers cycling easily comparable to any other Spanish location but without the hordes of cycling holidaymakers. You can cycle some of the best Murcia cycling routes in almost complete isolation, under blue Mediterranean skies. The Region of Murcia has almost 320 days of sunshine each year so chances are, the sun will be on your back too.

One the most famous Murcia cycling routes is the one that takes in the Cabezo de la Plata, the beautiful road that heads through the barren landscape of Murcia and which offers incredible views across the mountains to the east and west, and the sea the south.

Murcia into the mountains 0-15 km

This Murcia cycling route will take you out from the town of Murcia through its backstreets. The roads are relatively busy for the first 5km but as soon as you cross over RMF-13 you will be on the winding road up into the mountains. You will climb through brown, arid landscape over the next 10km with a fairly consistent but manageable climb of 250m. That gives a rough 2.5% average gradient but watch out for a couple of ramps which can be up to 7-8% in gradient.

There are a few hairpins along the road before you summit the first climb of the day and can look over the Cabezo de la Plata to your left hand side and the road which you will be climbing later on your route. You will then enjoy a descent off the climb into the valley before turning left readying yourself for the southern ascent of Cabezo de la Plata.

From about the town of La Tercia you will start to climb again before taking a left hand turn on to the RMF-56 for your ascent of Cabezo de la Plata from the south. The climb kicks in almost immediately after taking the RMF-56 exit and you will climb 5km with an average gradient of 3.5%. Again, like your previous climb, there will be some ramps of 7-8% to contend with before you summit and are rewarded with some truly breathtaking views. 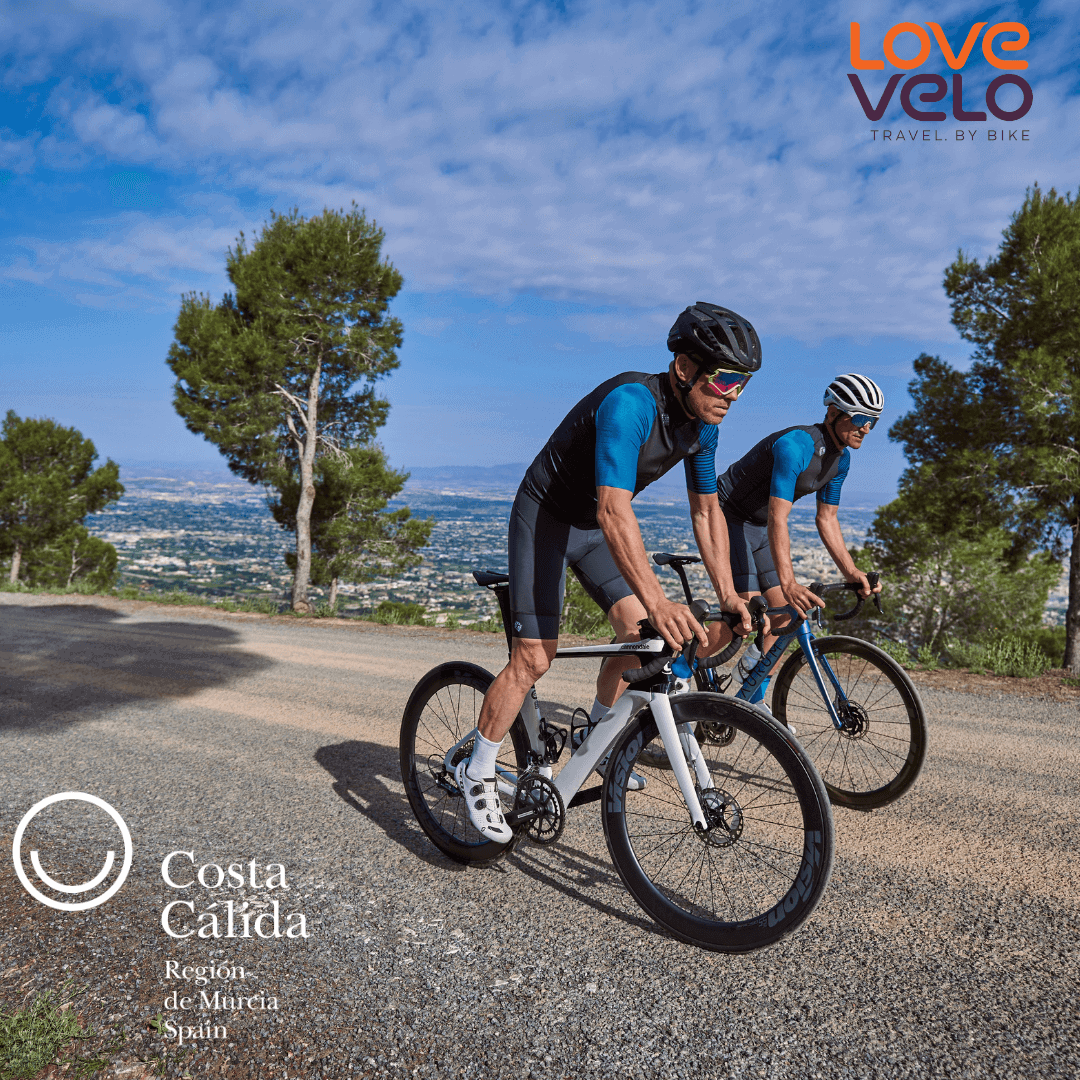 Take some time to take in your surroundings atop the Cabezo de la Plata before you descend off the top of the climb. You will enjoy a 15km descent which is slightly technical as you get going, with a few hairpins and tight turns, before you reach some epic long stretches where you can really open the taps. You will turn back towards Murcia at which point the Cresta del Gallo will come into view, and the hills  of the Torre Guil.

The Cresta del Gallo is the toughest climb of the day and it's a much shorter, punchier climb than the Cabezo de la Plata. You will ride 6km at an average of 6.5%m, a climb that is not too dissimilar to the lengths and gradients found in Mallorca.  About 1.5m from the top, you can take a right back towards Murcia but make sure you keep riding uphill and following the sign to the Mirador Cresta del Gallo - the lookout from the top. You know when you have reached the summit as the small tree lined road opens out to a giant gravel lookout and you will be rewarded with sensational views across the plains.

From the top of the Cresta del Gallo you have an almost unbroken 6km descent back into civilisation before a 6km rolling flat back to Murcia.

The view from the Mirador Cresta del Gallo

1. Prepare for the Heat

Cycling in Murcia is hot, especially in the summer. Even if you ride in late Spring or early autumn, you can be riding in the mid 20s so make sure you are prepared. The riding also offers very little shelter as the mountains are quite barren. You will need plenty of sun protection for any Murcia cycling route.

The beauty of cycling in Murcia is that it is really quiet. The roads into the mountains are almost completely deserted. The downside of that is that other than the major towns, there are very few places en route to get supplies. Make sure you take plenty of water with you and fill up when you have the opportunity, even if you don't need to. You will be thankful when you are climbing to the top of the Cresta del Gallo at the end of this route!

As it can be so hot in Murcia, we recommend riding nice and early. Try not to summit the climbs in the mid afternoon as it will be really tough, even for seasoned riders. You also get the added advantage of a beach or a pool to rest at the end of a tough ride if you cycle early enough.

The weather in Murcia reaches the mid 30s in July & August, and it rarely falls out the 30s even in September. Riding in March or November offers low twenties, at a time when most of Europe is still much cooler than that. For those who like it a little warmer, April & October are a perfect time to cycle.

How to Cycle in Murcia

We send lots of cyclists to Murcia each year so get in touch and either ride from the coast or enjoy more of a resort by cycling from La Manga.