Why Go Cycling in Thailand?

When you think of Thailand, what’s the first thing that comes to mind? Is it lounging on the pristine beaches, learning about the Buddhist temples, or meeting the wildlife? More often than not, tourists choose to stick to one place or take public transport to far flung areas. However, cycling in Thailand can offer what you think you want from the diverse country, and much more. Discover locations off the beaten track by bike, where most tourists overlook, and immerse yourself in local life. You may be surprised at how cycling friendly Thailand is…

First of all, you’ve most likely heard the phrase, ‘Land of Smiles’, when describing Thailand. We’re here to tell you that Thailand’s laidback, welcoming culture is dotted with smiles – locals and tourists alike. Due to the large presence of Buddhism in Thai culture, Thai people are concerned with living ethically. They are also mindful not to cause suffering to others, and have the utmost respect for Monks. Even to the point of giving up their seat on public transport (which, as a tourist you should consider too). 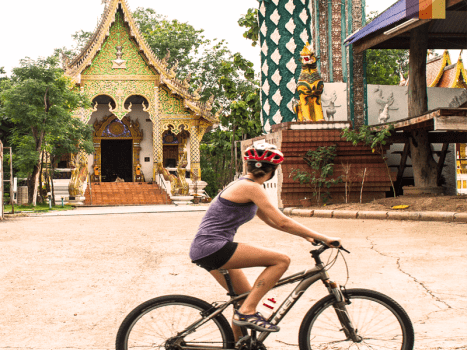 While cycling in Thailand, you will notice some of the 41,205 Buddhist temples. These temples are decorated with intricate patterns, vibrant colours and bring about a sense of calm upon visiting. Similarly, food stalls are popular almost anywhere you find yourself in Thailand. Selling a variety of great value street food, including noodle dishes and even insects, hunger is not an option!

The Up and Coming Asian Road Cycling Destination

Did you know that Thailand is full of tarmacked switchbacks, epic climbs and road cycling clubs? No, not many people do. Cycling from Chiang Mai to Bangkok is a popular route for road cyclists, as the roads and landscapes are incredible. Imagine luscious palm trees a few inches from spilling onto the road, and expansive rice paddy fields rolling down the opposite mountainside. Makes a change to the Yorkshire Dales, and (dare we say it) Sa Calobra! 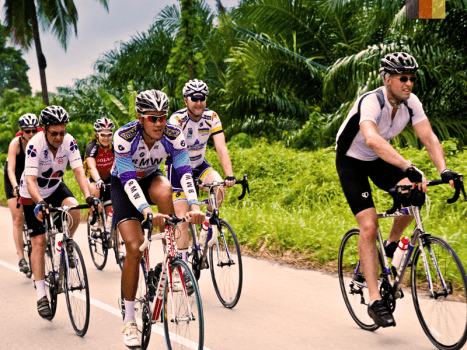 Probably the most well known road cycling destination in Thailand is Chiang Mai. The 1995 ASEAN Games velodrome sets the city up nicely in attracting hard core cyclists. Consequently, cycling clubs pop up and hill-climb events up famous ascents, such as the Doi Inthanon. The Doi Inthanon is the highest peak in Thailand, and cycling up it is a brutal 22.1km at an average gradient of 8.6%. If there’s anywhere an adventurous road cyclist will feel at home in South Asia, it’s cycling in Thailand, especially in Chiang Mai.

As a result of the diverse landscapes cycling in Thailand has to offer, you will often have the opportunity to explore more than just one place. If you choose to explore Northern Thailand by bike, be prepared to be awestruck by the fresh smells of jungle plants and sights of roaming wildlife. Cycling from Chiang Mai to Chiang Rai is a feast for your senses, as you pedal West into small villages and alongside the tranquil Mae Kok River. You can also consider cycling East to Chiang Rai, checking out the Bua Thong Waterfalls nestled into the jungle on your way. 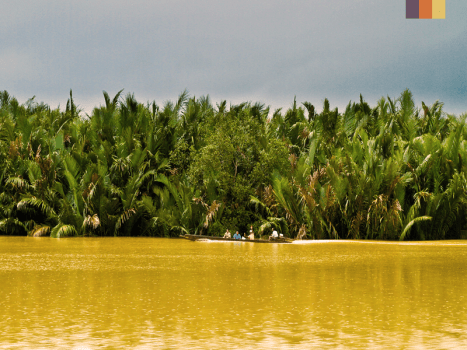 Alternatively, Central Thailand is heaven for history lovers. Part of your route will involve cycling on ‘Death Railway’, which stretches 415km into Burma from Nong Pladuk in Thailand. The dark name stems from the railway’s horrific history, where nearly 100,000 of Japan’s prisoners of war died building the railway in 18 months during WW2. The prisoners of war were from Australia, Asia and other Allied countries, although most people are unaware of Thailand’s involvement in the war.

Sprawling golden sands and turquoise waters layering Thailand’s Southern coasts are certainly reason enough to venture there. Even though some of Thailand’s beaches have a reputation for being party central, there is no shortage of beautiful, quiet stretches elsewhere. Cycling from Bangkok to Phuket exposes you to the less touristy beaches in between the popular. En route, you’ll also have the chance to experience Thailand’s rainforests, dripping in waterfalls, hot mineral pools and coral reefs. 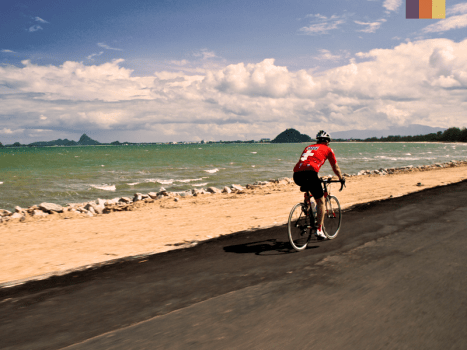 Pedalling Southward will also take you through the gorgeous Khao Sam Roi Yot National Park. Because the area is a marine national park, the landscape is inclusive of the Gulf of Thailand. Jagged limestone hills border the coastal waters and wildlife such as 300 species of birds, Dusky Leaf monkeys and dolphins have made the environment their home. There is also a secluded beach here, called Laem Sala beach, where you’ll find fantastic viewpoints of the magnificent coastline.

If you’ve caught the Asia bug and find just cycling in Thailand isn’t enough, you’re in luck. Due to Thailand being neighbours to Cambodia, and Cambodia neighbouring Vietnam, there is every chance to hit them all. Over 13 nights you can make your way from Saigon in Vietnam, to Bangkok in Thailand. There are many reasons why you may choose the triple whammy route, rather than only cycling in Thailand. The main reason is the opportunity to immerse yourself in many cultures, and reflect on how they compare or contrast. South Asia is chockablock with varying ways of life, often in close proximity, so it’s fascinating to explore a few. 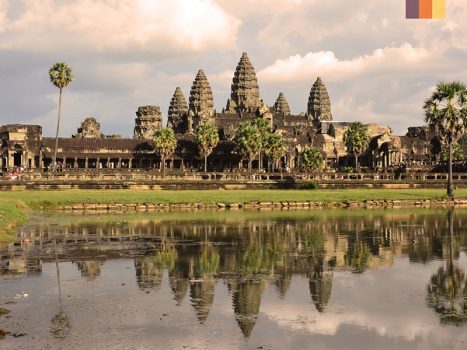 Furthermore, you’ll get to visit several well known landmarks, such as Angkor Wat and the Phnom Penh killing fields in Cambodia. Angkor Wat is the largest religious monument in the world, dwarfing Thailand’s temples. Originally built to represent Hinduism’s Mt Meru, 162.6 hectare site has been considered a Buddhist temple complex since the 12th century. On the other hand, the Phom Penh killing fields have a more sinister atmosphere, and provide another aspect of Asia’s history from what you learnt in Saigon about the Vietnam War.

Feeling inspired? Give our team of cycling specialists a shout to discuss which cycling holiday in Thailand suits you best. Our fully guided trips will take you on a journey through Thailand’s epic landscapes, where you can learn about the fascinating culture and lifestyles.