You’ve heard the myths and legends of road cycling in France. Whether from the famous Tour de France on TV or a cycling club friend that conquered an iconic climb. The roads sound magical and the scenery drool-worthy. Our favourite road cycling routes in France need no introduction, however we love talking about them! The first step is recognising the route’s name, and the second step is tackling it yourself…

Nobody is surprised that Mont Ventoux has made it to the list of our favourite road cycling routes in France. Why? First of all, the climb is practically sacred in the Tour de France. Making its first appearance in 1951, the Giant of Provence has featured countless times. It’s where Tom Simpson tragically died cycling toward the summit in 1967, and ended Ferdi Kubler’s cycling career. 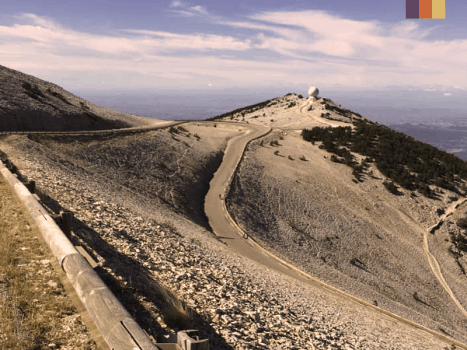 Because of Ventoux’s infamous reputation, you may wonder why anyone would want to cycle up the barren, lunarscape road. The answer is simple. Rising to the challenge is an iconic pilgrimage that honors the pros who battled to the end, and acts as a beacon of achievement in the cycle world. Most noteworthy is the cingles club, who attempt Ventoux from all 3 angles in one day. The route from Bedoin is known as the hardest, however Sault and Malaucene are not to be underestimated.

Another contender for cycling’s most famous climb is the bendy Alpe d’Huez. From a bird’s eye perspective, the 21 bends distinctly snake their way up the mountain as switchbacks. What the Alpe d’Huez lacks in the fatality department, it makes up for by naming each of its bends after a Tour de France stage winner. Due to a Dutch priest ringing the church bells after each Dutch cyclist won the Alpe d’Huez stage, bend 7 is aptly named ‘Dutch Corner’. 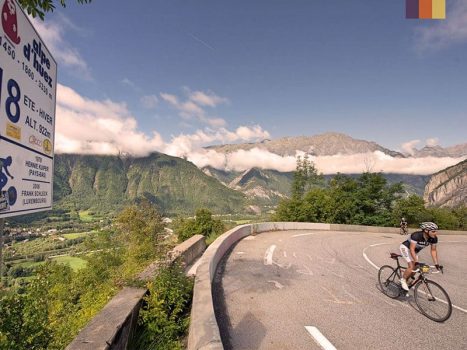 Similarly, Alpe d’Huez is characterised by some of the most well known balcony roads in France. These balcony roads feature a steep drop lining one side of the road, baraccaded by only a short stone wall. Beyond that are spectacular Ecrins mountains, jagged and often snow capped. In the area for more than a day? Alpe d’Huez’s burly neighbours, Col du Glandon and Col de la Croix Fer, are certainly climbs to have a crack at too.

You have to be living under a rock to not know that the 2020 Tour de France Grand Depart is going to be held in Nice. So too is the Etape du Tour, a famous cycling sportive occurring just days after the pros. Beautiful and vibrant, with an opulent feel, Nice is bordered by both sea and mountains. Although there is a wealth of epic climbs on Nice’s doorstep, the Col d’Eze stands out. 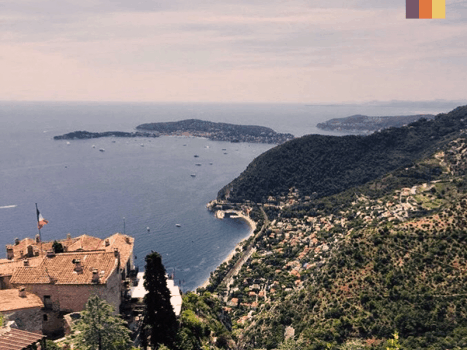 Maybe it’s because the pros are often seen zipping past, or because the road overlooks the mediterranean, but we’ve got a soft spot for this climb. The romantic Grand Corniche road, built for Napoleon by the world’s first civil engineering school takes you right to the summit. Perfect for an evening ride as the sun sets, or as the gateway to Col de Madone and Monaco it’s easily one of our favourite road cycling routes in France. If you haven’t already, stick this climb on your bucket list.

Mont Ventoux and Alpe d’Huez may be the big guns, but Col du Tourmalet is the father of all. The climb’s history dates back to 1910, when Stage 10 of the Tour de France introduced the once shephard track to the world. Back in the old days, cyclists had to be aware of bandits and bears, but now it’s just the steepness that scares. In contrast to other notable climbs, the Col du Tourmalet is mostly straight roads rather than switchbacks. In a nutshell, it’s tough. 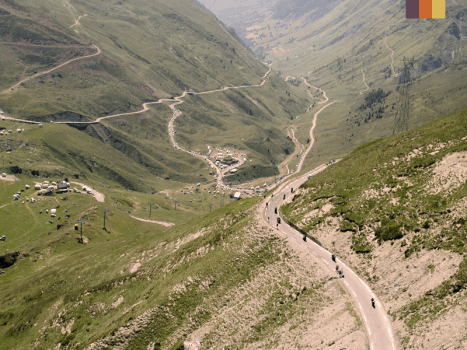 However, the reward is a quiet escape into the luscious green landscape where cows outnumber humans. As the road winds steadily upwards, you’ll discover why cyclists endure the burning thighs and occasional moody weather. The views over the Pyrenees are just breathtaking, and you’ll most likely have it all to yourself. Adventure? Hell yeah!

Speak to our cycling specialists for more information on how you can conquer an iconic climb yourself. At Love Velo, we will provide you with our handcrafted GPX experiences, which include a route description and tips for along the way. You’ll be a pro in no time!