The list of beautiful mountains to climb in Europe is endless but only 20 can make Love Velo’s ‘Greatest European Climbs’ list.  How many of the best cycle routes in Europe are on your bucket list?

The Passo Valparola is the stunning mountain pass located in the Veneto in the Dolomites.  Starting from Pocol, this is undoubtedly one of the best cycling routes in Europe.  It was part of the 2012 Giro d’Italia but its fame comes from it being part of the Maratona dles Dolomites, one of the most prestigious sportives on the calendar. After completing the Giau which has the capacity to break most people, you ride up the Falzarego and out on to the Passo Valparola.
The ascent from this side is via Pocol and is truly beautiful. The ascent is 13km long with an average slope of 5.4% and so it’s definitely not the hardest in the area, but try telling that to anyone on the last section of the brutal Maratona!  The climb up from the opposite side from La Villa is equally stunning with an average gradient of 5.8% over a distance of 13.9km. Ride this at the Maratona. 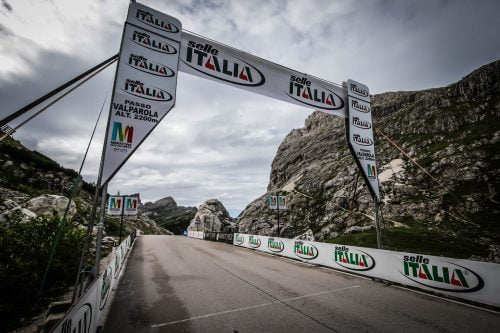 As France’s longest climb (riding the Iseran from Bourg Saint Maurice) and Europe’s highest mountain pass, the Col de l’Iseran ranks at number 19 of our greatest European climbs.  The Northern Alps are less popular then the central Alps but you can ride the Iseran in conjunction with Alpe d’Huez for an epic weekend. It’s a little low down on our list because of the tunnels and the traffic for the first portion of the climb, but once you leave Val d’Isere you will be rewarded with beautiful views over the mountains and the striking landscape of the Vanoise National Park. The gradient may only average 4% but the climb from Bourg Saint Maurice is a massive 48km long, making this an epic challenge and truly one of the best cycle routes in Europe. Ride this on our Alpe d’Huez weekend. 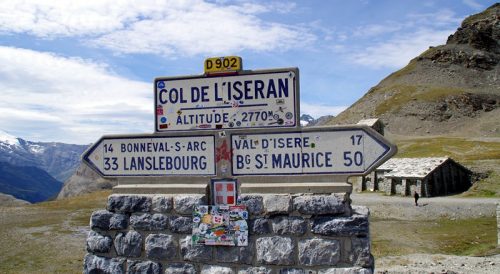 As one of the routes regularly featured in the Tour de France since its establishment, the Col de la Madeleine is unquestionably one of the best cycle routes in Europe.  This iconic climb will take you through the magnificent valley floor and across the snowy peaks of the nearby Alpine climbs. One option is to take the longer Northern route from Feissons-sur-Isere, which is 25.3km with a 6.2% average gradient.  This route contains a couple of easier sections to rest your legs 9-11km up and 19-21km up. Alternatively, you can opt for the shorter Southern route, which is a more challenging 19km at an average gradient of 8%.

There are no breaks on the Southern route but you will find yourself in hairpin heaven (or hell!) . The climb was also due to feature in the 2019 Tour de France but mudslides and hail forced the organisers to shorten the stage effectively sealing the yellow jersey for Egan Bernal. Ride this on our Alpe d’Huez weekend. 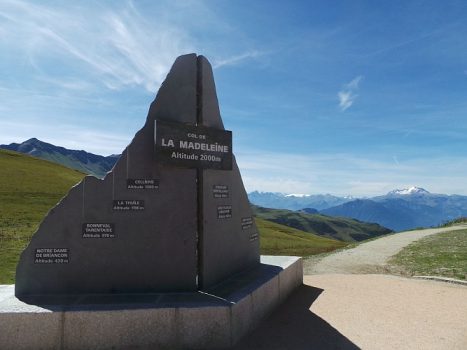 Starting in Bourg d’Oisans, this climb is the first from La Marmotte and is truly spectacular.  It is a 27km ride with an average gradient, not to be underestimated, of 4.8%.  Remember to pace yourself as the gradient increases to 7-10% for 6km after you pass Allemond.   Combined with the increase in gradient, you will contend with the wind as it channels down from the mountain tops.  There are a few descents dotted about which will provide some respite for your legs, together with a café stop at around 10km up at Le Rivier d’Allemont. Once you are out on to the last section, you will ride in almost complete silence. Pedal past the crystal blue waters of Lac de Grand Maison before summiting the climb. Ride this on our Alpe d’Huez weekend. 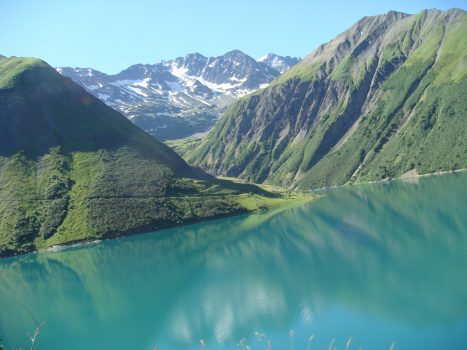 Another iconic ride, which has to make our list of best cycling routes, is the Croix de la Fer.  The Croix de la Fer has appeared 16 times in the Tour de France. There are several paths you can take but our favourite approach starts in Saint Jean Marienne.  If you’ve started from St Etienne de Cuines the traffic can be heavy as it’s an area that provides access to all the surrounding mountains, but once you arrive at Saint Jean Marienne, you’ll find repetitive steep climbs followed by quick descents. It’s tough to get into a rhythm and so the average gradient of 5.1% is a little deceptive. You’ll summit by the famous iron cross. Ride this on our Alpe d’Huez weekend. 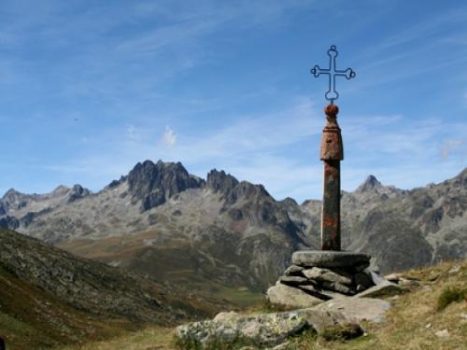 One of our best cycling routes in the Pyrenees and known as one of the ‘Circle of Death’ climbs from the Tour de France, is the Col du Soulor.  This route has been used over 60 times in the Tour de France since 1910. This ride is 19.5km, averaging a gradient of 5.2% up extremely quiet roads.  The difficulty of this route is varied, as the first few kilometres are tough but then this eases up through a flat section in the middle, before becoming increasingly challenging again in the final climb.  Most riders start from Argeles-Gazost although some choose to start at the even quieter Ferrieres. Ride this on our Pyrenees Cycling Holiday. 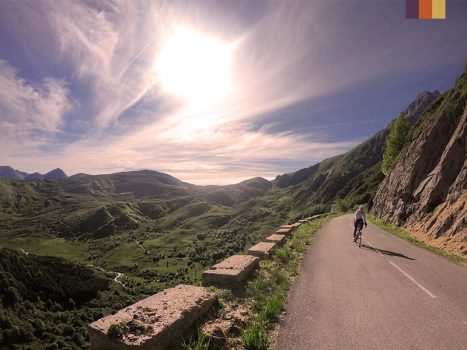 Puig Major is famous amongst the riders that throng to Mallorca every year. You can’t access the summit but the ride up from Soller is a mecca for those searching for the best cycling routes in Europe.  If you complete the 13.9km ride from Soller in under 1 hour, that is considered to be a ‘good’ time.  The gradient is 6.2% and the route starts at nearly sea level after Soller, climbing up to the Monnaber tunnel. From there you will be rewarded with stunning views across the Tramuntana and Gorg Blau.

You can also do a loop with Coll d’Orient which is a great way to experience one of the best cycle routes in Europe.  If you are feeling particularly fit, turn off and tackle the mighty Sa Calobra although make sure you’re at the bottom nice and early to miss the coaches! Ride this on our Mallorca Cycling Holiday. 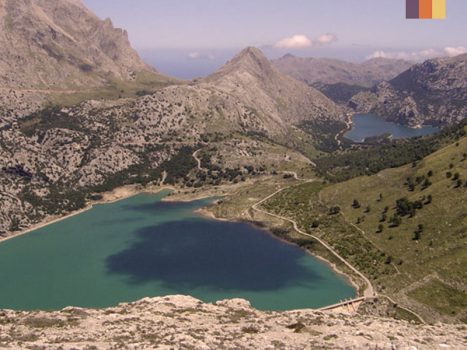 Also known as the ‘Monster Giau’ and the ‘Mighty Giau’ this is a notorious climb. It undeniably earns its place as one of the best cycling climbs in Europe. Under normal circumstances, 9.8km at an average gradient of 9.4% is no easy task, but this climb makes its name as the brutal climb you encounter 100km into the Maratona dles Dolomites sportive. The climb maintains an eerie silence even as thousands of cyclists ascend it due to its never ending ascent.

The road was only built in 1986 and commences with 1km of climbing with no hairpins, just a straight ramp up the mountain. The toughest section of this climb is undoubtedly at the bottom where you ride alongside the Codalonga river. From here, you have 29 hairpins snaking their way through the mountain with virtually no respite. The only time your legs get any rest is the short bridge sections which pass over the river. The Giau is relentless but the views it gives across the rugged Dolomites are breathtaking. Ride this on the Maratona Dles Dolomites. 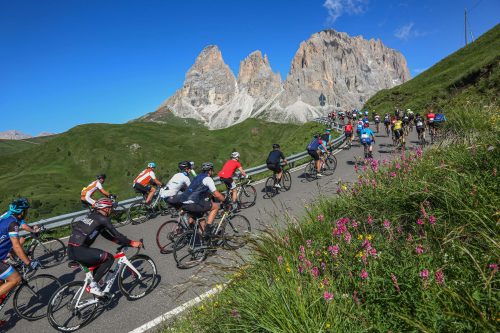 Climbing the Hautacam route takes you on a breathtaking ride through the heart of the Pyrenees.  The ride starts at Argeles –Gazost and is 14.5km to the Hautacam ski station.  The gradient averages 7.5% but it is irregular as it can reach 15%/16% for several long stretches.  After a slower 1.5km start, the route becomes incredibly tough.  If you are not utterly exhausted by the end, you can continue up 1.3km to Col de Tramassel. From here. you can ride some other epic climbs such as the Tourmalet, the Aubisque and Soulor. It’s climbing heaven. Ride this on our Pyrenees Cycling Holiday.

Providing arguably the most sensational views in the Pyrenees, the Col d’Aubisque offers one of the best cycle routes in Europe. The Tourmalet usually takes the plaudits but the beauty of the Aubisque is reward enough for this intimidating Pyrenean climbs.  This is the second most used climb in the Tour de France and has been featured a whopping 60 times. Many choose to climb Col du Soulor first (total 32km), then just over 10km to the summit of Col d’Aubisque at an average gradient of 4.6%. The peaks are rugged and attract a small micro climate making it an inhospitable place to ride. You have to be prepared to take on the Aubisque but as you ride on almost solitary roads, you’ll know why you chose to climb it. Ride this on our Pyrenees Cycling Holiday. 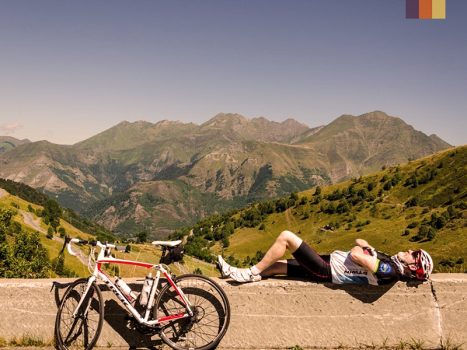 Decided where you want to cycle? These are just some of the Europe’s greatest cycle routes and there are many more! Why not give our cycling specialists a call to see where your next cycling holiday will be?