Puig Major is the highest peak in the rugged Tramuntana mountain range. It reaches a considerable height of 1,436 meters but the paved snaky road that starts at the town of Soller near the coast only summits at 864 meters above sea level.

If you are based in Palma you can reach the base of this climb via the mighty Coll de Sóller, riding over 20 gorgeous hairpins on the way. If you set off the popular cycling holiday town of Port de Pollença the quickest way to reach the beginning of Puig Major would be descending the climb first, having ridden the northern route up to the climb.

The climb kicks off right out of the village of Soller immediately after the intersection of roads MA-11 and MA-10. You will take the latter and start heading up over a wide two-lane road with little shoulder room flanked by stone pillars. From here, there's a sign showing you that you're 34 kilometres to Sa Calobra, making that an epic trip if you want to combine the two climbs. The gradients are relatively steady around 6% throughout the climb.

Within the first few hundred meters there are a couple of roadside restaurants pretty handy to grab a last minute drink or snack before heading into the thick of the climb. At kilometre 1 you will arrive at the first narrow hairpin and the sides of the road start to close within an increasingly dense pine tree forest.

You will keep climbing through a few impressive sections of road carved 2 meters deep into the and topped by dense tree tunnels. The vegetation opens at times letting you see the stunning views of the Fornalutx valley.

At kilometre 6 you will find some respite with around 300 meters of flat road to take a breather and a few meters later, there’s a tight turn that leads to a viewpoint on the left hand side of the road. For the first time since you started climbing you will get a glimpse of the magnificent Port de Sóller town against the Mediterranean ocean. 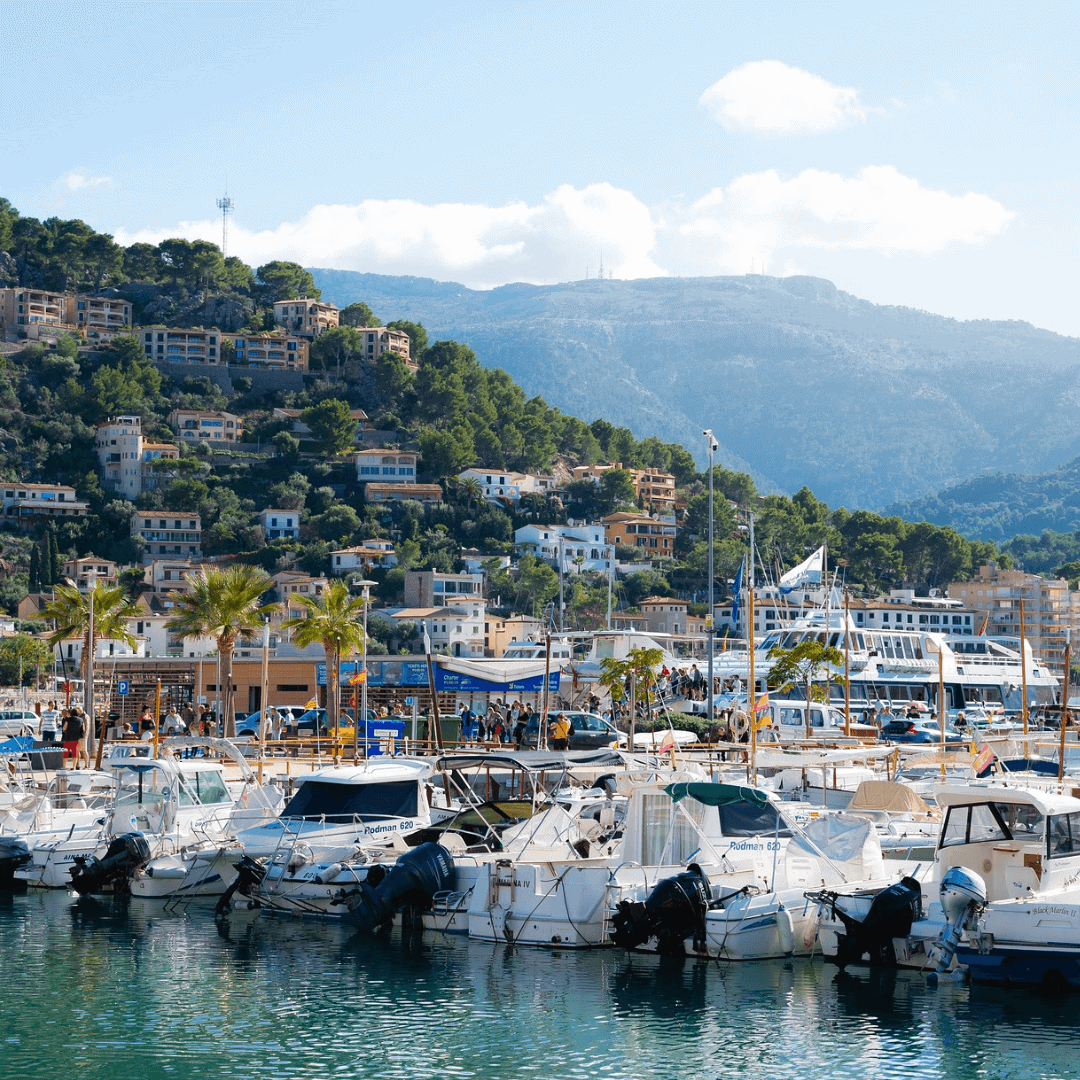 Although staying relatively steady, the gradients gets a little tougher towards the end of the climb, with kilometres 11 and 12 averaging over 7%. Despite being almost at the top, this last section rarely offers any views as you will be surrounded by pine forests.

It's not only until kilometre 14 that you will reach the second viewpoint where the Tramuntana ridge will unfold towards a distant shoreline. There’s just 500 meters left to the summit and the Monnaber tunnel.

The climb ends here and you will be rewarded once you ride through the tunnel. The road levels off and opens to another valley peaks before the aquamarine waters of the lakes that you will descend past.

The official Strava segment for Puig Major shows an elevation gain of 860 meters. With no particularly steep sections, this is a climb that can be conquered with a standard compact groupset 34T-28T. You might even shift to the big ring in some drags if you are feeling strong!

Professional riders on a training camp have smashed it in just over 35 minutes, but for any respectable amateur climbing it in under an hour would be considered a good achievement. 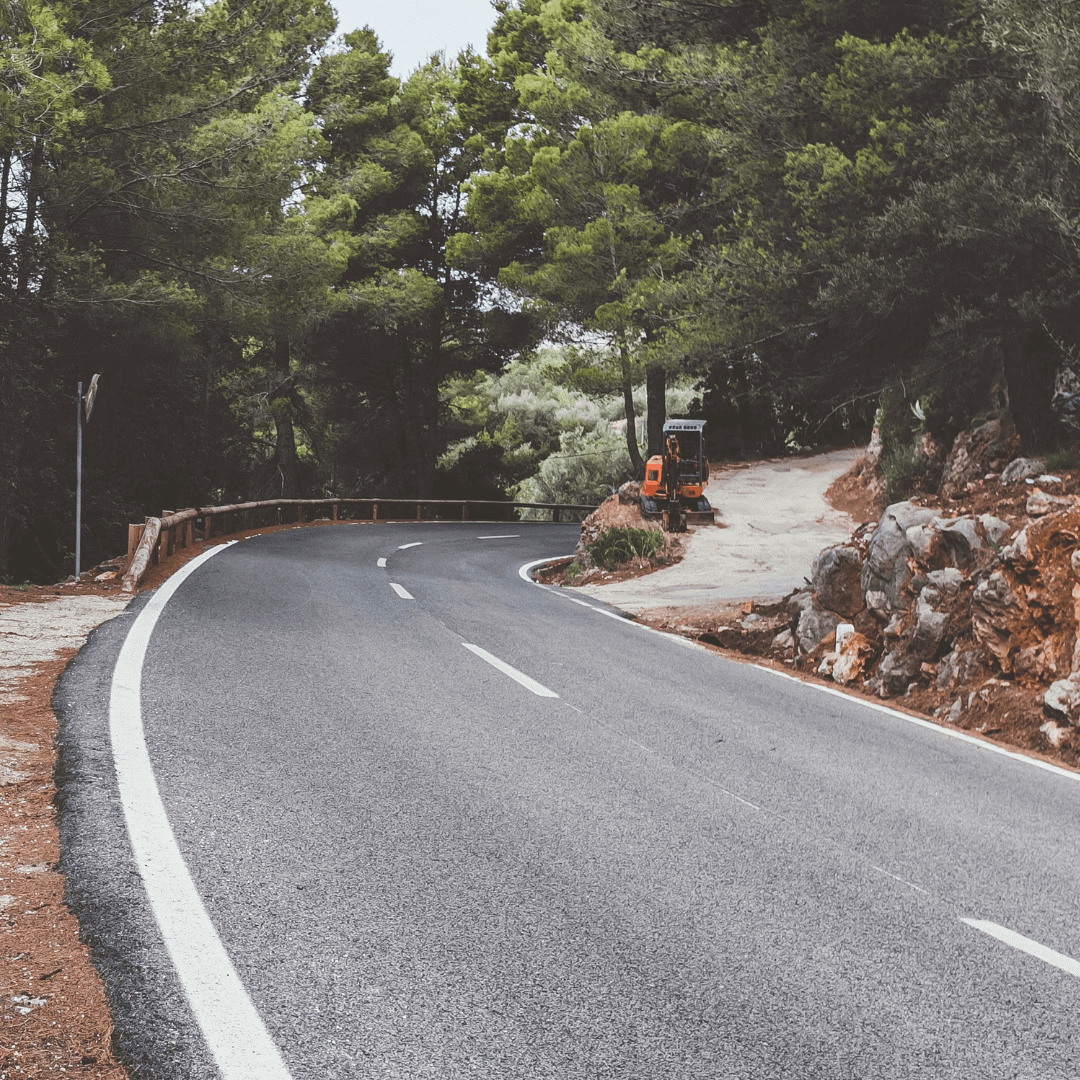 The road surface is in pristine condition throughout the ascent and the traffic is not too bad outside of the summer season. It's definitely one of the quieter climbs in Mallorca and a good choice for interval training as the slopes are really steady.

Make sure you have lights for the Monnaber tunnel and remember to take your sunglasses off, it gets really dark in there!

The summit of Puig Major is barely 10 kilometres away from the top of Sa Calobra climb. You can easily add it to your route if you are feeling good legs.

Setting off from Soller, you will find lots of options to top up bidons and fill pockets. Further up the road, at kilometre 4 you’ll get to an intersection with a sign pointing to the village of Fornalutx where you can find a couple of local restaurants but it's off the climb, so unlikely you will want to ride there.

The best place to refuel mid-climb is the restaurant at kilometre 6 viewpoint.  Mirador ses Barques offers not only great food but unbelievable views of the coast from its terrace. You might not want lunch there though as you will still have still 8 kilometres left to the top.

From here there aren’t any other cafes or restaurants until 11 kilometres past the summit, the famous Cafe Escorca at the intersection that leads to Sa Calobra.

Mallorca can be very hot but this climb is really nicely shaded with very few exposed sections. It's in the middle of the mountains and so it might be part of a longer route so make sure that if that is the case, you're summiting early morning in the middle of summer. That will give you enough time to ride other climbs without riding in the hottest part of the day.

Weather conditions shouldn't play a major role in this climb as Puig Major has plenty of shelter from the sun and wind. As with any other ride in Mallorca though, it’s better to avoid the central hours of the day, especially in the summer.

If you enjoyed reading about Puig Major, check out some other great cycling climbs in Mallorca.