With its varied landscape and great climbs, the route out to Cap Formentor is an epic road ride. The route has been described as possibly the best 40km ride in Europe an whilst that might be a stretch, it's one of Mallorca's most beautiful and famous routes. It features absolutely jaw-dropping views of karst cliffs over the ocean as you ride the snakey roads. The climbs on the route are punchy, the descents are technical and the views are stunning. What else can you ask for in a ride? 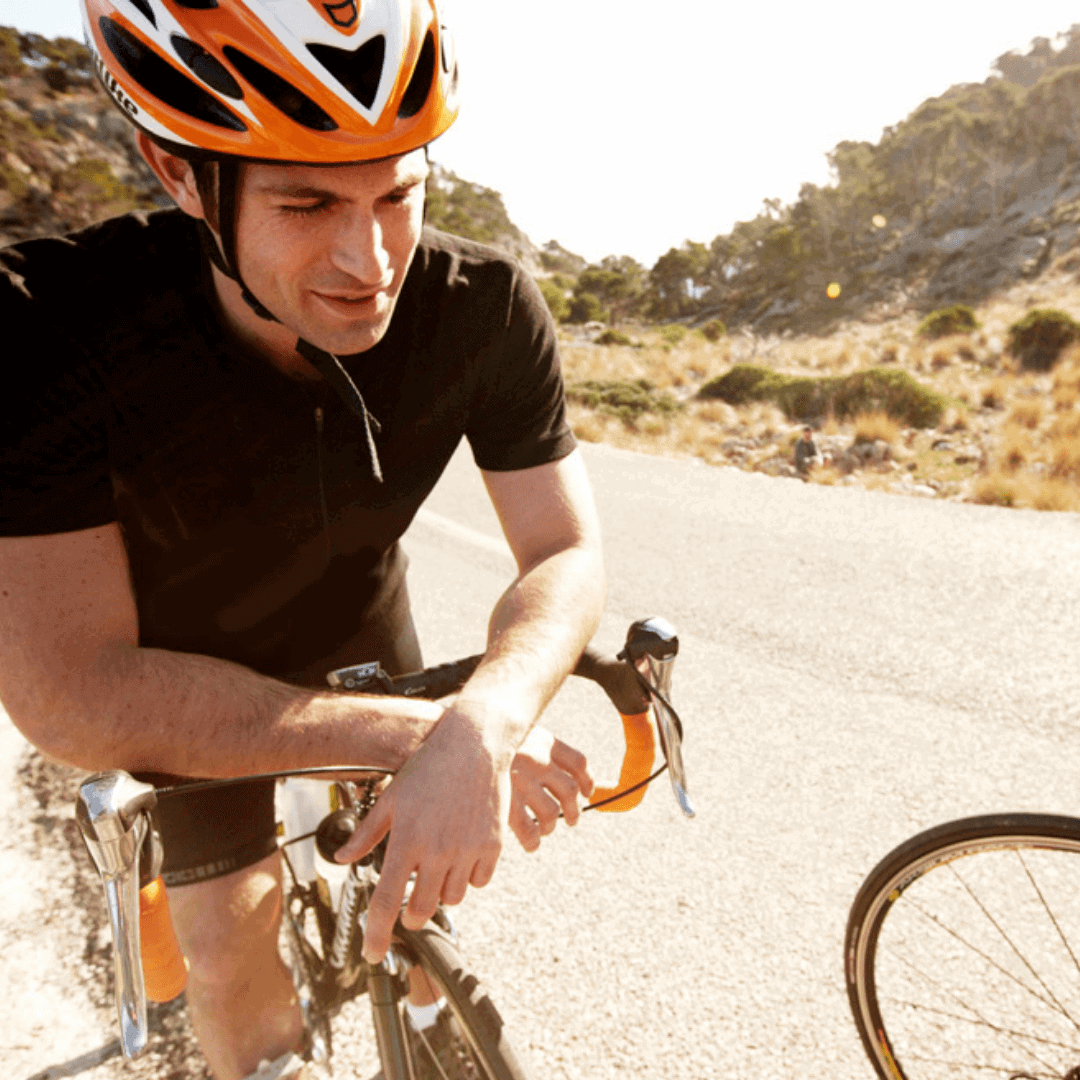 Dan taking a break on the ride to Cap Formentor

Cycling Cap Formentor will see your ride start from the town of Puerto Pollensa heading north by the coastline. It will take you 2-3 kilometres to reach the first climb of the day, the Coll de Sa Creueta. Featuring a couple of picture-worthy hairpins, this climb will take you quickly but steadily up to 200 meters above sea level, with incredible views of the Tramuntana mountains overlooking the ocean. The road weaves its way up to the El Mirador de Sa Creueta, a truly breath taking lookout. Cycling in Mallorca doesn't get much better than this and it's a view you won’t have seen of the peninsula’s coastline from any other place on the island. The view looks over the opposite coastline to Puerto Pollensa’s horseshoe bay providing you with a view of Mallorca’s wild coast. 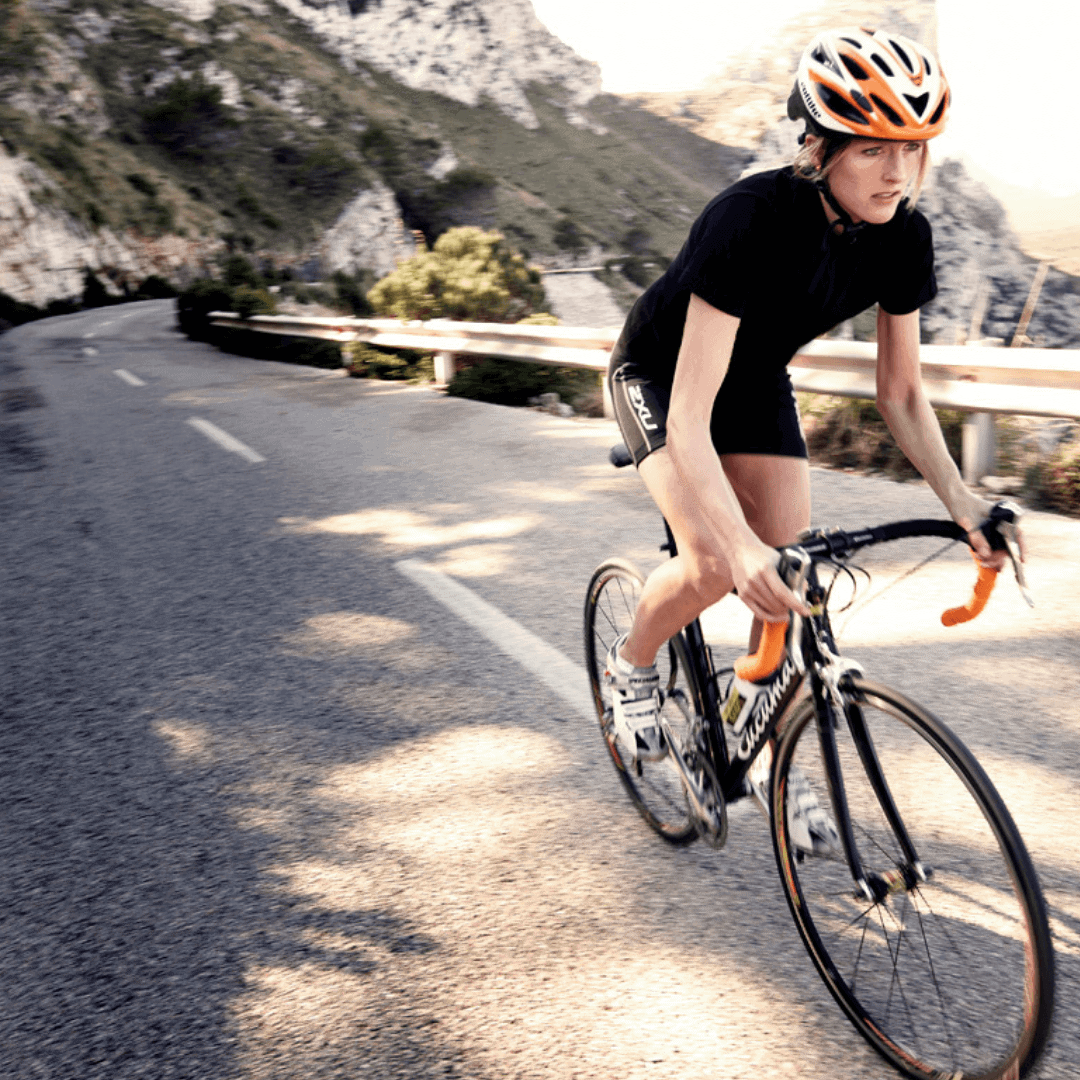 Riding ahead on the Ma-2210 road you will hit a sweeping short descent with equally magnificent views down to Formentor beach. If you have a moment, grab a drink by the beach and look back at Port Pollensa from across the bay. From there you’ll have around 11 km over a rolling terrain up to Cap Formentor’s lighthouse. 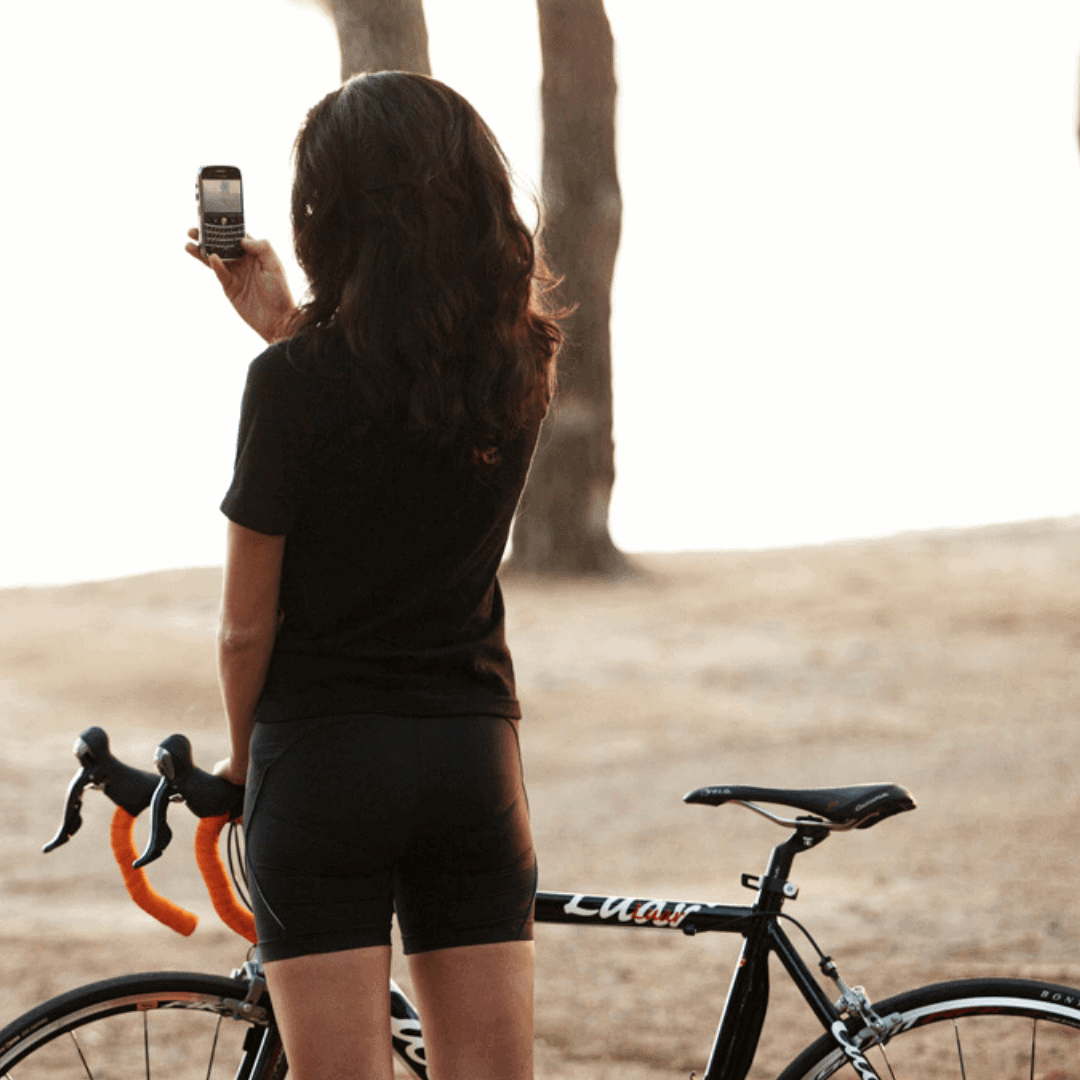 Taking the view in at Formentor Beach (and yes we know Jo still uses an ancient work blackberry!!!)

The road begins to be surrounded by a thick Mediterranean pine forest that gradually becomes more exposed as you get closer to the cape. You will start to climb again before reaching the famous Cap Formentor tunnel that allows the road to intersect the mountain. This is the most significant uphill terrain but is a relatively short section at 6% with some steep ramps of 12% while Cala Figuera beach is to your left. Take your lights with if you have and make sure you take your sunglasses off as you approach the tunnel.

Cycling to the Cap Formentor Lighthouse

From this point you will find yourself riding over an undulating terrain really close to high cliffs that drop steeply into the sea. This part of the route is breathtaking. The most beautiful views await as the crystal blue waters of the Balearic Sea come into view, as do the arid rocky mountains that form the peninsula. There is one more lookout where you can look back and glance at the silhouette of the Tramuntana mountains spreading over the coastline before you reach the Cap Formentor photo point. This is where the famous shot gets taken of the road sweeping left down towards the peninsular with the lighthouse in view. A few more dramatic hairpins cover the last 500 meters and culminate in the splendid Formentor lighthouse popping out of the rough rock formations.

Cap Formentor is at land's end so you will reverse your route and ride the same road home.

The whole ride out and back from Port de Pollensa to Cap de Formentor is around 40 kilometres with 4 punchy climbs along the way accumulating an elevation gain of 850 meters.

Straight out of Port de Pollensa you will tackle Coll de Sa Creueta, 3.3 kilometres with steady 6% gradients and fantastic views of the bay. Next is the section of 1.7 km at 6% close to Cala Figuera beach. This features the steepest gradients of the ride (12%) and the famous Cap Formentor tunnel. On the way back, there’s a steep wall right almost as soon as you depart from the lighthouse. It's less than a kilometre at an average of 8.5% and it heads back up to the Formentor photo point. The other side of Coll de Sa Creueta is the last climb before getting back to Port de Pollensa and it’s basically a mirror image of the first climb, 3.5 km at 5.5%. 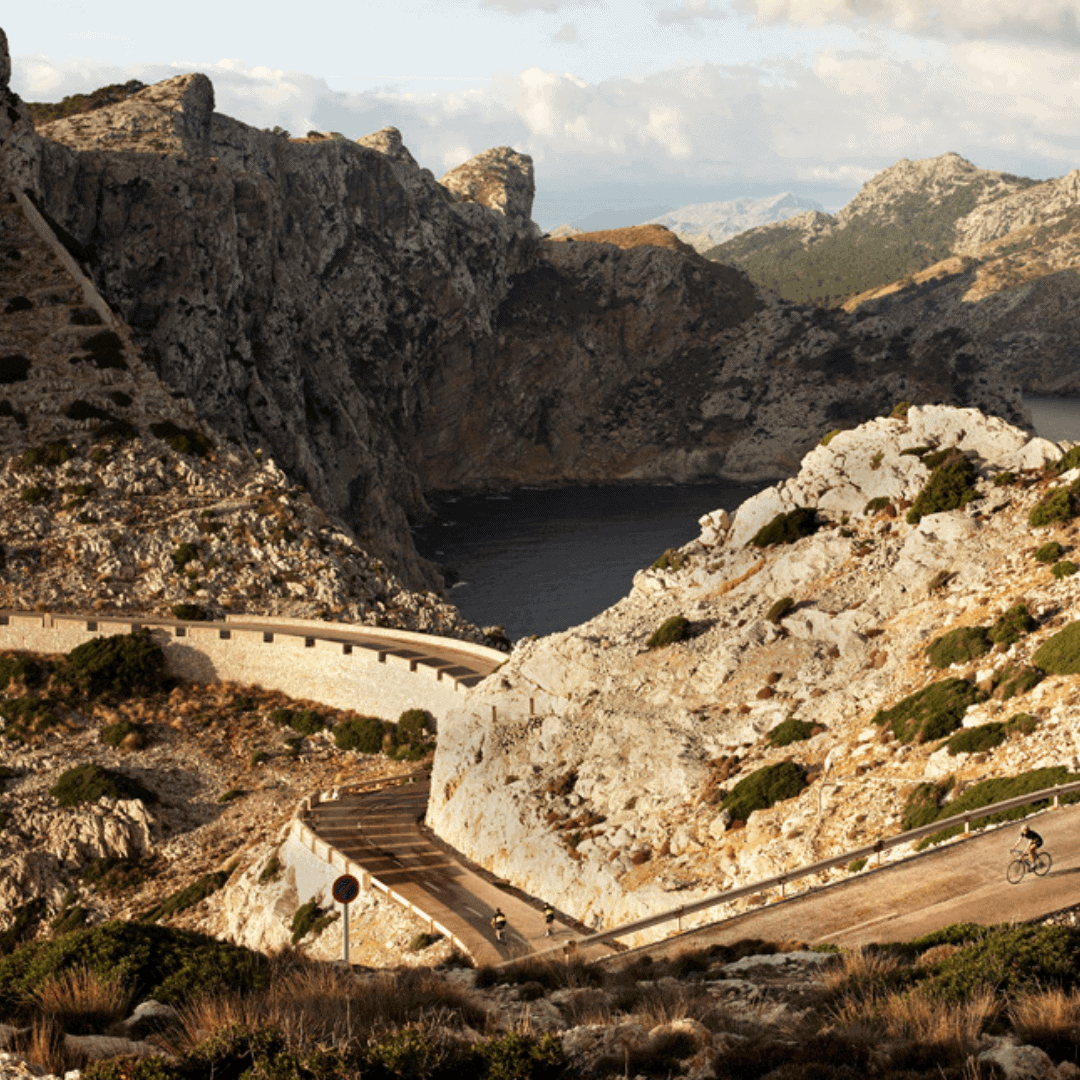 View from the lighthouse

The road to Cap de Formentor is an amazing work of engineering that snakes over an extremely rough and wild terrain.

Since 2018, there has been a ban on vehicles using the road during the summer in early morning and late afternoon. Even with the ban though, Cap Formenter and its wild beauty can be a real tourist hotspot. We highly recommend getting out nice and early to experience this stunning ride. The ride out to Cap Formentor’s lighthouse as the sun comes up is a real highlight on any Mallorca cycling holiday.

Even if you're riding when there is no vehicular traffic, take care as there will be plenty of cyclists on the road.

It doesn’t usually rain in Mallorca but strong winds are quite likely to blow towards the back end of the cape. It’s also likely to be hot so it’s not a bad idea to avoid the central hours of the day. Besides, both the sunrise or sunset lights will make this ride an unforgettable experience.

There aren’t many options for you to refuel except for the over priced cafe at the lighthouse. Make sure you set off from Port de Pollensa with enough food and if possible carry 2 water bottles from the start.

The Best Cycling Climbs in Mallorca

If you enjoyed reading about the Cap Formentor ride, check out these other great cycling climbs in Mallorca.