Routes of the Best Climbs in Mallorca

Cycling routes in Mallorca don't come much better than this loop of the best climbs in the Tramuntana mountains. This Mallorca cycling route is close to 100km in length, climbs just shy of 2,500m and takes in Puig Major and the Coll de Soller amongst others. The route also passes the summit of Sa Calobra so you also have the option of riding to the bottom and back up Sa Calobra adding another 20km and 670m of climbing to this epic route through the Mallorca mountains. Read on and use our GPX route below for your next road cycling holiday in Mallorca.

Starting from Port Soller, you will climb up Puig Major, you will descend the Coll de Sa Batalla, climb the Coll d'Orient, the Coll d'Honor before finishing atop the Coll de Soller. This is undoubtedly one the best cycling routes in Mallorca but it is not for the feint hearted and it needs a good amount of preparation to complete the ride.

Port Soller to Puig Major and the Monnaber Tunnel 18km and 1,100m of ascent

This section might be one of the toughest cycling routes in Mallorca. You will cover over 1,000m of climbing in under 20km. Make no mistake about it, there's no warm up or time to get into your ride. Instead, starting in Port Soller, you will be straight on to one of Mallorca's most famous climbs, Puig Major.

Starting out in Port Soller you will ride a couple of kilometres towards Soller before you take a left hand turn before the town on to the MA-10.  There is an early hairpin on the climb before the road weaves its way through the Mediterranean pine trees. You will see a right turn towards Fornalutx which is a beautiful little village which is well worth a visit. We don't recommend taking that turn on today's route but it's certainly a place that is great to ride to and enjoy some lunch or a coffee, on a rest day or an easier riding day.

Soon after the turn for Fornalutx you will double back on yourself through a couple of switchbacks before you hit a bit of flat to give you some respite. From here though, the climb begins to ascend steadily on meandering roads which offer some incredible views across the water with Port Soller in the foreground. It's not only until kilometre 14 that you will reach the second viewpoint where the Tramuntana ridge will unfold towards a distant shoreline. Keep pushing on and you will reach the Monnaber tunnel and the lookout.

For an in depth look at the section from Soller to Puig Major, click here. 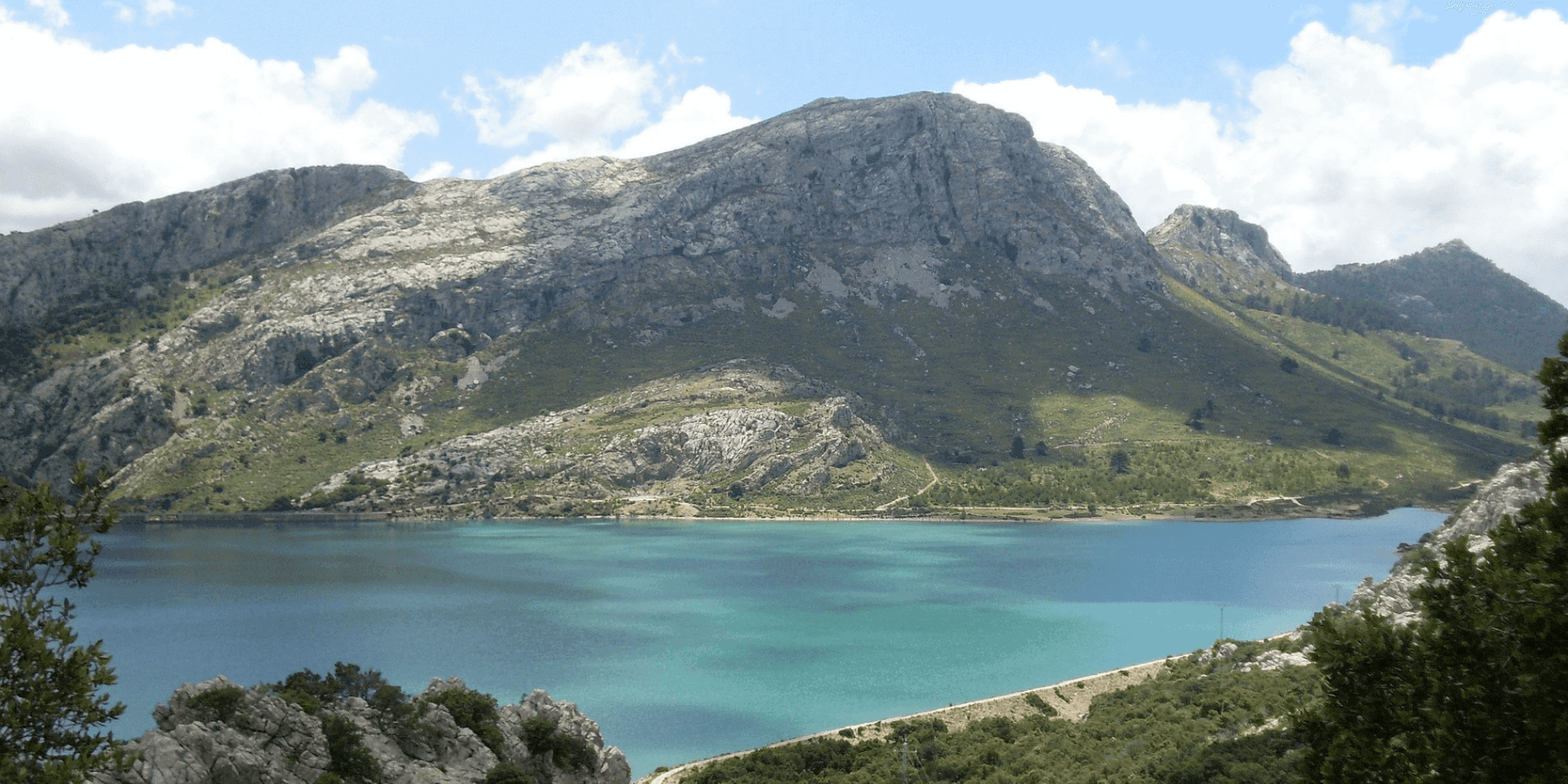 Monnaber Tunnel to Caimari 25km and 250m of ascent

Having climbed Puig Major, you will be rewarded with an epic downhill section. You will cycle through the Monnaber tunnel popping out by the reservoir at Cuber. As the road bends there is a great viewpoint over the water but you will be descending quickly so keep riding towards Gorg Blau, the second reservoir where it's worth stopping for a couple of minutes to enjoy the beautiful views. As you ride past Gorg Blau, you will come to the famous stone aqueduct and a left hand turn towards Sa Calobra. If you are feeling strong and you know you have plenty in the tank for the day, Sa Calobra is probably the most famous Mallorca cycling climb and it is probably the toughest. Only take it on if you know you have the legs!

Keep pushing on and enjoying the descent and ride towards the Coll de Femenia but instead of carrying on the MA-10 towards Pollensa, bear right and drop over the top of the Coll de Sa Batalla. The road is in good condition here and it's a typical Mallorca mountain pass despite it being less well known than most. Fortunately you will be descending it, making your way through the pine forest. 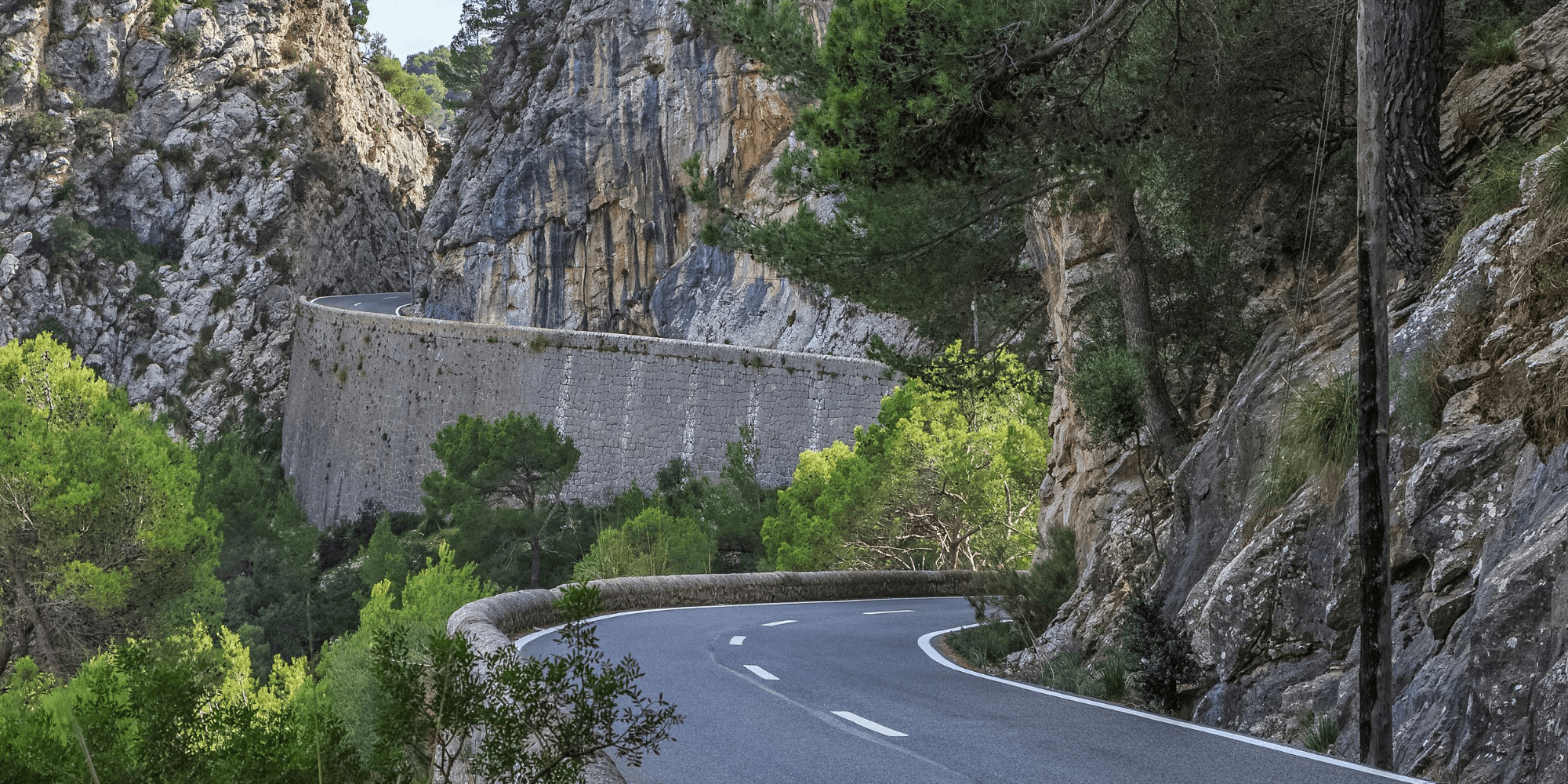 At the bottom of the Coll de Sa Batalla you will begin to meander your way through the flatlands heading towards Inca. After a few kilometres of flat you will arrive at Alaro. This is a good place to stop before the Coll d'Orient and the Coll d'Honor and if you do, check out Cycling Planet for a great coffee. They also have all you need for any tinkering you need to make to the bike.

You will climb the Coll d'Orient which is not too tough. It's only 5km at approximately 5% and you will ride out of the Orient valley into the mountains. You will bear right before dropping into the village of Orient, a typically Mallorca sleepy village in the heart of the Tramuntana. Be careful on the descent as the road surface is really poor in sections. 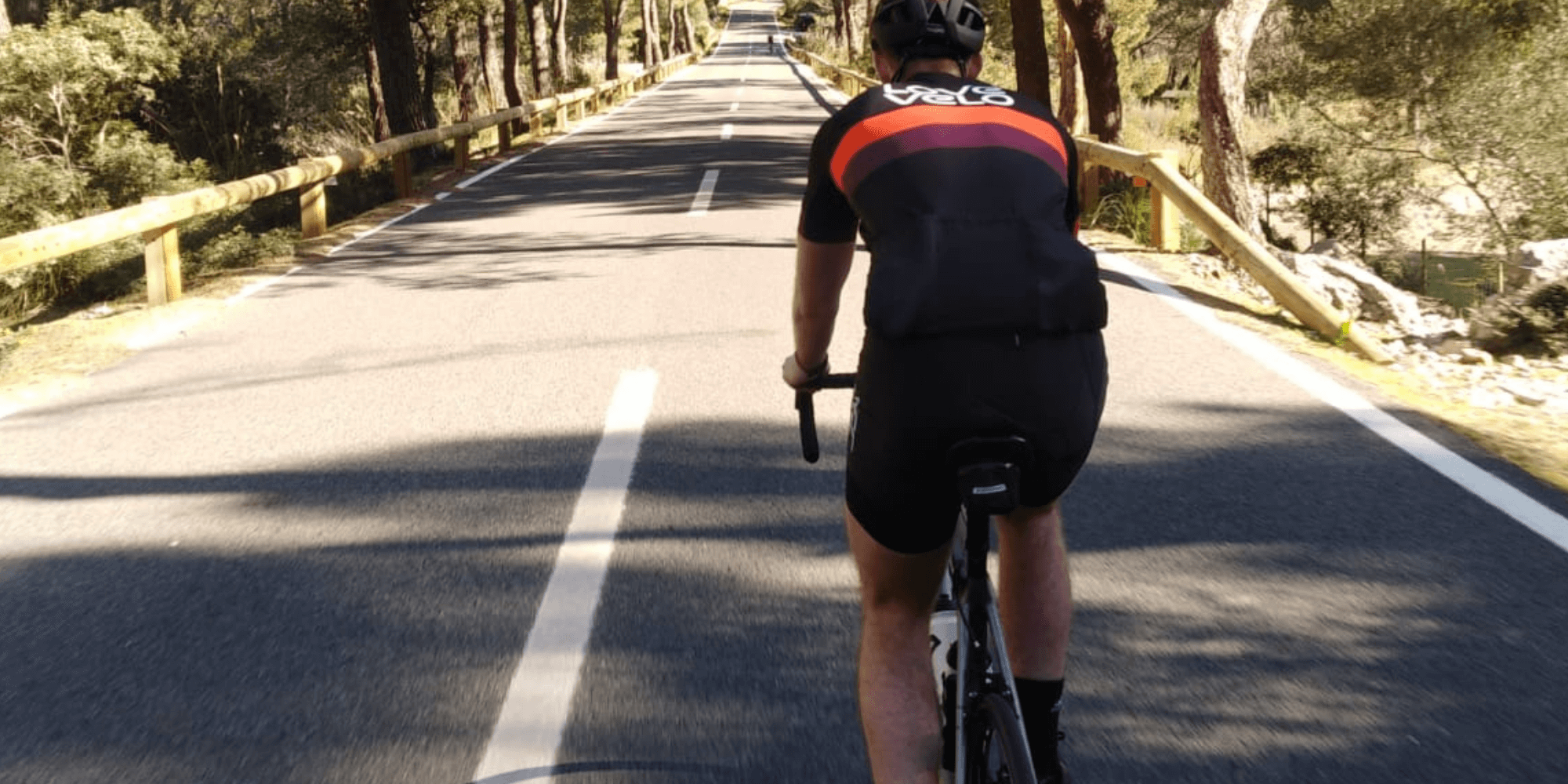 Riding from Caimari to the Coll d'Orient

From here this Mallorca cycling route then takes in the Coll d'Honor. This side of the climb is pretty easy as you will have done most of the work by climbing the Coll d'Orient and from here, you will ride into Bunyola. If you want to see what the other side of the Coll d'Honor is like, riding towards Orient, click here.

We highly recommend that you stop in Bunyola before climbing the Coll de Soller.  It's only a small town so food and drink is pretty basic but it's a good place if you need supplies. There is also a bike shop just out of town which you will pass on your way up to the Coll de Soller.

Bunyola to Port Soller 20km and 350m of ascent

This final section is your last push of one of the best cycling routes in Mallorca. You will begin your ascent of the Coll de Soller just outside of Bunyola. The southern ascent of the Coll de Soller is arguably easier than the north side as it's about 2.5km shorter and has 10 fewer hairpins, but make no mistake, this is still a toughie. You will ride 5km in length with averages of about 5%. The route is stunning as you ride switchback after switchback to the summit.

At the top of the Coll de Soller, you then have 13km of satisfying descent all the way back to Port Soller. Grab a beer and revel in the fact that you have just ridden one of the toughest cycling routes in Mallorca.

If you want to read about what it's like to cycle the Coll de Soller, read our in depth review of the climb here. 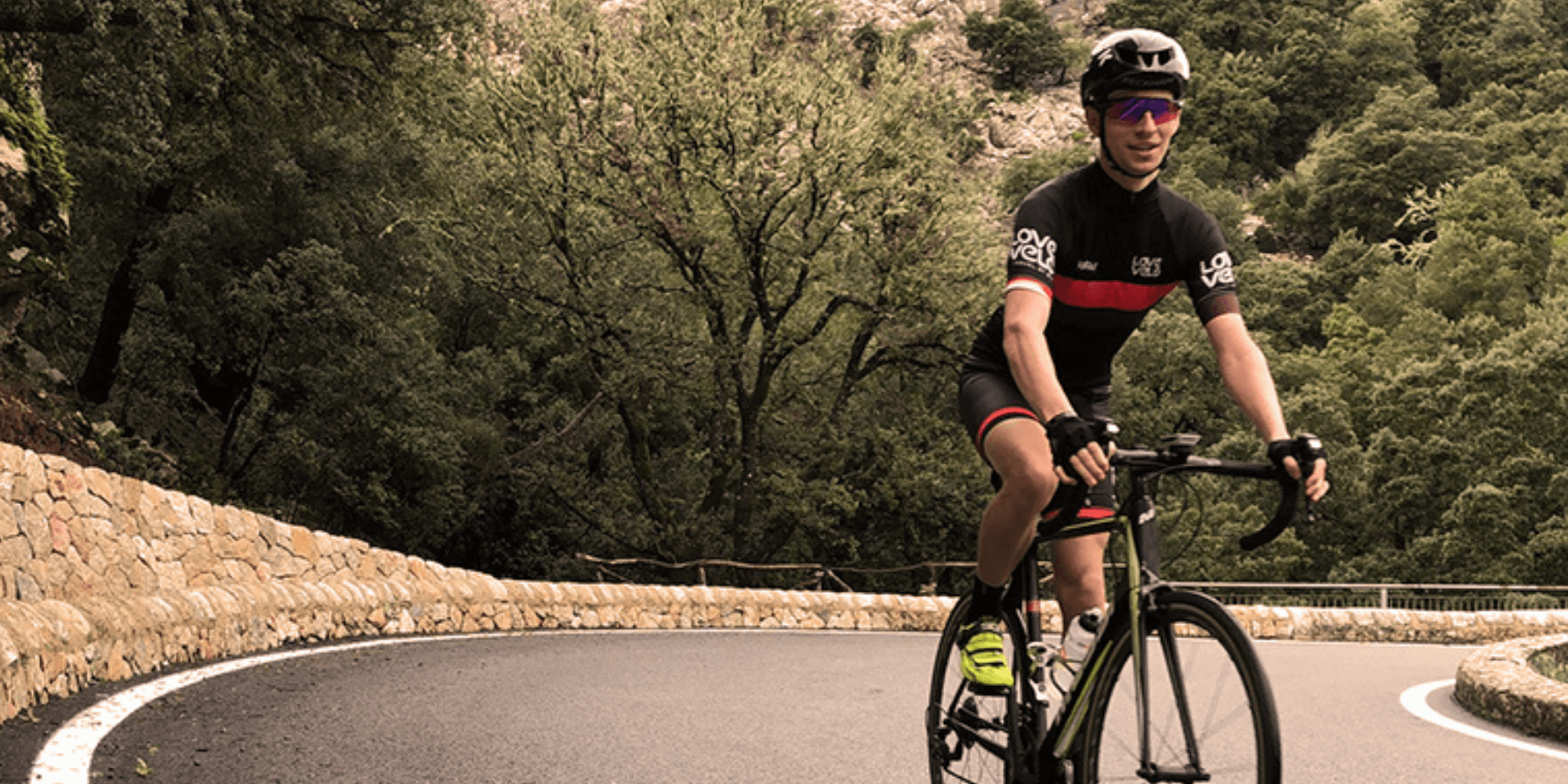 Top Tips For Riding in the Tramuntana Mountains

The best piece of advice we can give you is start early. The mountains can be really scorching, especially in the summer, and riding the Coll de Soller in the middle of the afternoon having already ridden 80km will sap your energy.

Take a gillet. If you do ride early, descents off the climbs, especially Puig Major and the back of the Coll de Sa Batalla can be fresh, and even cold.

Take plenty of supplies and make sure you stop at one of the places we mention below if you're running low.

Be careful of the road surfaces. As in most places, roads that are well used tend to have a relatively decent surface, whilst others that are more local, tend not to be repaired. This is especially true in the Tramuntana. The climb up Puig Major, and the descent off it towards Sa Calobra is good, whereas the sections between Caimari and Bunyola can be really poor. Take it easy on your descents!

This ride is really long and tough. There is no shortcut once you have descended Puig Major so make sure you're prepared. Similarly, only add Sa Calobra on to the ride if you know you have the legs for it, as that opportunity comes fairly early in this Mallorca cycling route

Right after the Puig Major climb you can stop at Cafe Escorca at the intersection with Sa Calobra which is very popular with cyclists. Otherwise, grab an orange juice at the OJ shack above the 'tie knot' at Sa Calobra.

You won't pass Campanet but you will be close by. Take a quick ride up to the Monnaber Hotel, the renovated finca and ask for Xisco. You'll get a great coffee there.

Before you wide the Coll d'Orient and Coll d'Honor, you can ride into Alaro. Ride to the Cycling Planet cafe for a coffee or use their track pump if you need.

Bunyola is a very small town but there are places to grab a quick snack as well as a bike shop just out of town.

Grab a snack at the summit of the Coll de Soller at Ca'n Topa. The old finca has been converted into a cafe selling quick takeaway foods and drinks.