Why We Love Cycling in New Zealand

Although it may take a day to get to New Zealand from London, we’re certain that every second in a plane is worth it. If you’re looking for an escape into rural natural beauty, your hunt needn’t continue. Why not pedal your way on accessible cycle paths to the rugged Southern Alps, clear lakes in the Mackenzie Basin and quiet countryside? Without further ado, let us tell you why you should really be cycling in New Zealand right now…

Ever heard of Gondwanaland? It’s the large supercontinent that existed even before Pangaea came along. As a result of New Zealand separating from Gondwanaland 85 million years ago, the two islands belonging to New Zealand sit on different tectonic plates. Now, it may seem like you’re receiving a geography lesson here, but bear with us.

A lot of New Zealand’s landscapes are the consequences of the geological action and formation in the country. The majority of New Zealand is layered with mountains, and in the Southern Alps there are a fair few glaciers. Also, who needs a manmade spa when your country is covered in natural hot springs and mud pools? What we’re getting at is, by cycling in New Zealand you’ll witness some of the most spectacular and unique landscapes. 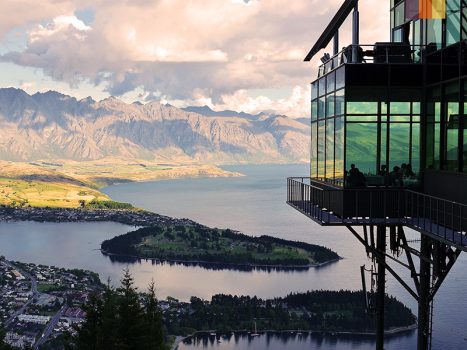 A popular cycling route in New Zealand is the Alps to Ocean, which loops you around the beautiful South Island. You’ll start by cycling to the breathtaking, bright blue Lake Tekapo bordered by snow capped peaks. Then head to the Tambrae Saddle for incredible views over the Mackenzie Basin, and of Mount Cook, New Zealand’s highest mountain. Trust us, there won’t be a day of cycling where you’re not awed by rural natural beauty.

The first settlers in New Zealand arrived from Polynesia in canoes between 1200 and 1300AD. Today, 14% of New Zealand’s population are made up of Maori people, the first settlers ancestors. Maori people had to battle to keep their culture alive due to the Dutch and British colonialists arriving 300-400 years later. Maori people have been successful integrating their traditions and history into everyday life, in contrast to some native communities. Most noteworthy is the haka, a Maori dance performed as a challenge, like in rugby, or in other ceremonies such as funerals. 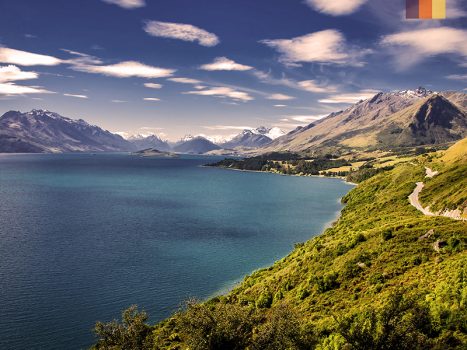 When cycling in New Zealand, you’ll be riding through the lands vividly illustrated in Maori legends. Because the Maori didn’t have a written language before colonisation, legends, stories, and carvings were integral in preserving history. One such legend describes how a warrior called Tuawe fell to his death climbing the Franz Josef Glacier with his lover. The Franz Joesf Glacier was originally named after the tears of Tuawe’s lover and the Fox Glacier after Tuawe. Both glaciers had their names changed by European explorers, who were guided up the glaciers by Maori guides. You too can explore the glaciers and reflect on New Zealand’s rich heritage by cycling along the Great West Coast.

Cycle Off the Beaten Track

Another highlight of cycling in New Zealand, is that you’ll almost always be pedalling off the beaten track. New Zealand is your perfect adventure playground, as a third of the country is made up of National Parks. You’ll have it all to yourself, from towering mountains and pristine lakes, to expansive valleys filled with picturesque fauna. Because there is a deep connection with the outdoors and efforts to preserve the land, nearly any outdoor activity is offered. Cycling New Zealand, in our opinion, is one of the best ways to get around the islands. The freedom to discover rural areas in between tourist hot spots by bike can provide a truly unique experience. 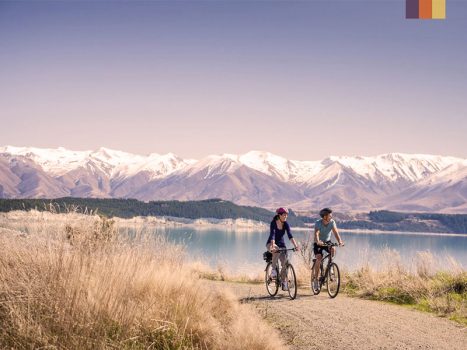 A popular route is the Otago Central Rail Trail travels 152km from Clyde to Middlemarch in the South Island. The railway track was converted into a safe trail for adventures after the Otago Central Railway went into disuse. En route, you’ll have the opportunity to venture into tunnels, gold diggings, historic buildings and more. Furthermore, the Otago Rail Trail is one of the easiest in New Zealand and can be ridden at any time of year.

Inspired? Contact our cycling specialists to book your trip of a lifetime to New Zealand today. Our trips are hosted by local guides, who will offer you a wealth of historical and cultural knowledge of the area.