Why Go Cycling in Tenerife?

Why should you go cycling in Tenerife? With the abundance of top class cycling destinations out there, such as France and Mallorca, we want to show you what makes Tenerife so special. Not only is it the perfect winter cycling destination, Tenerife is home to epic volcanic climbs wrapped in incredible scenery. Considering the island is no bigger than London, it packs a punch with some of the best cycling routes in the world.

Tenerife’s giant volcano, Mount Teide, makes Tenerife the tenth highest island in the world. It’s 3714m high, a glorious climb, and it’s an active volcano. Nothing screams unique challenge quite like cycling pristine roads up an active volcano with incredible 360° views. And Tenerife’s epic climbs don’t stop with Mount Teide. The Masca Valley route is also a serious climb, including 3166m of ascent over 120km. As a result, it boasts some of the best scenery in the Canary Islands. Cycling in Tenerife is definitely worth your bucket list, as nowhere offers cycling quite like it. 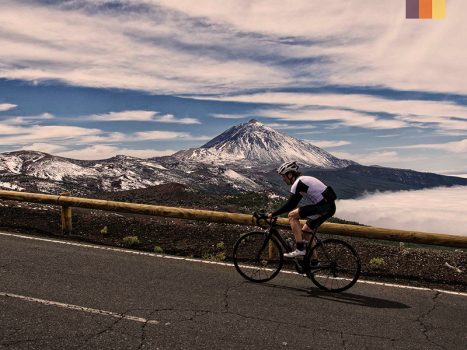 Sitting on the West coast of Africa, Tenerife is made up of varying landscapes. 11% of Tenerife is luscious forest, which contrasts the barren and rugged volcanic areas dominating the island. As you snake up Tenerife’s famous climbs, be prepared to feel awestruck at how beautifully dramatic the mountainous scenes are. Often, you’ll have glimpses of the Atlantic Ocean glistening below, adding vibrant colours to Tenerife’s earthy palette. The fact that it is considered one of the most valuable ecosystems in the world makes cycling in Tenerife a special experience. 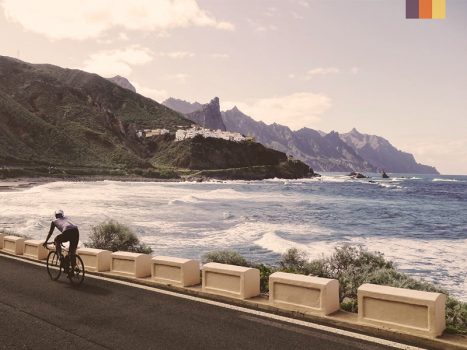 Winter is coming. There’s no denying it now. Torrential rain falls, the evening’s are getting darker and mornings are just plain cold. Luckily, Tenerife is a quick hop across the ocean, and has a yearly average temperature of 25 °C. When we in the UK are piling waterproof layers on top of our freezing limbs and battling headwinds, cycling in Tenerife is like paradise. Therefore, during Tenerife’s winter it’s warm enough for shorts and t-shirt, yet not hot enough to want to collapse in a heap of sweat. Perfect for cycling, don’t you think? 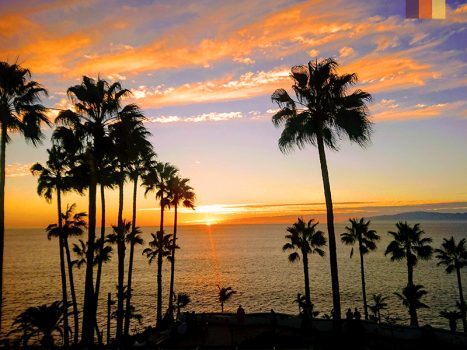 Although Tenerife is the destination of choice for pro cyclist training camps, this doesn’t limit the common cyclist wanting to challenge themselves. Due to the sheer height of Mount Teide towering above the clouds, altitude training is a given in Tenerife. Like Team Ineos found out, cycling in Tenerife improves climbing strength in the saddle, proven by winning 5 Tour de France’s in 10 years. At Love Velo, we offer supported, intermediate, advanced and triathlon training camps in Tenerife. There’s an opportunity for every keen cyclist to tackle Tenerife’s tempting climbs with guidance and top tips at hand. 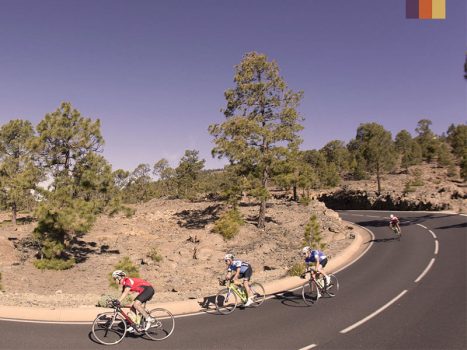 Potholes? What potholes? Part of the allure for cycling in Tenerife is the fantastic, smooth, tarmac roads. Having pristine roads make the routes a joy to ride, especially seeing as the roads couldn’t be in better locations landscape-wise. Whether the road is smack bang in the middle of an expansive valley, or switchbacked up the side of a picturesque volcano, rest assured the roads will be perfect. 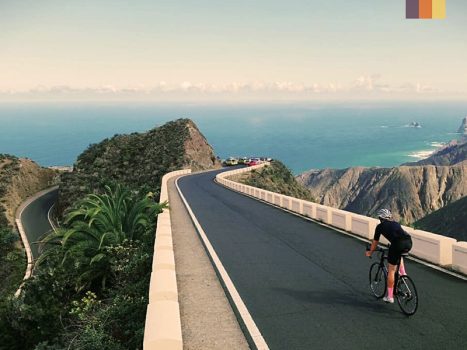 If you have been inspired to cycle in Tenerife, why not contact our cycling specialists? Because of their in depth knowledge about Tenerife, they can help you build your perfect cycling holiday. Whether you want to join a training camp, use an electric bike, or ride our GPX routes independently, we are able to tailor your trip to you.