IBIZA HOLIDAY WITH SOME CYCLING THROWN IN

Our July traveller story comes from Nicky. Think you know Ibiza? Think again. This is her story of an Ibiza holiday with some cycling thrown in.

I’m an Ibiza veteran and I know the island. At least I thought I knew the island. As a group of couples, we’d been thinking of combining an active and a relaxing holiday with a bit of luxury. So that’s what I googled! Twenty minutes later, I was sold and the 6 of us were heading to Ibiza for cycling by day and partying by night. 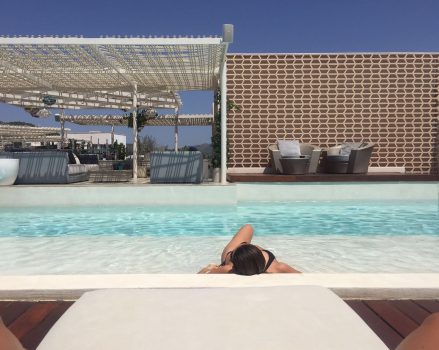 We booked the Aguas de Ibiza and were greeted with the most amazing staff, a rooftop pool and cocktails. Safe to say we didn’t start riding until day 3! I highly recommend the strawberry kiwi frozen mojitos and blackberry sangria.

As inexperienced cyclists, we wanted to keep our cycle rides to a low intensity! We wanted riding and tapas, followed by afternoon cocktails. We quickly found this was an easy thing to do in Ibiza. The first day we headed north and cycled along the coastline, taking in the stunning views of the Mediterranean. We then rode back via the best Spanish tapas I have ever eaten at Can Tixedo before chilling the rest of the afternoon, and then Amnesia that night. 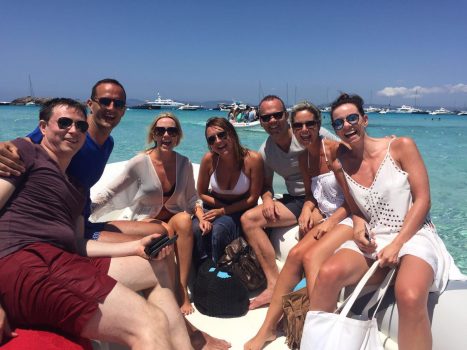 We actually didn’t get back on the bike until a couple of days later. Hangovers and lethargy won until the Thursday when we had a ride to the beach at Es Cubells. Perfect undulating roads took us to a quiet beach where we whiled away the day.

We had the most perfect trip. Combining a bit of riding with an awesome hotel in a fun destination gave us the activity we desire without being on a ‘cycling holiday’. This was a holiday with a bit of cycling. If you haven’t done it yet, you’ve got to try it! 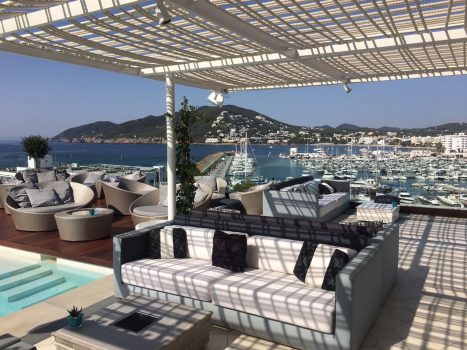