In 5 days, George Stagg and Leo Russell will set off on the bike ride of a lifetime in aid of James’ Place, the UK based charity providing support for men experiencing suicidal crisis. They will tackle some of our favourite European climbs on this journey including Monte Zoncolan, the Stelvio and Gavia Pass and Mont Ventoux before ending with a climb up the highest paved road in Europe, Pico de Veleta in the Sierra Nevada.

To get behind their efforts and to find out how to train for a ride like this, we’ve asked the pair to share their story so far…

On 20th May 2019 Leo and I will cycle from Austria to Southern Spain. We will ride over nine of Europe’s most famous mountain climbs (being the Grossglockner, Zoncolan, Stelvio, Gavia, Galibier, Alpe d’Huez, Ventoux, Tourmalet and Pico de Veleta). We will cover 3,200 kilometres and ascend 50,000 metres in under 20 days (we have targeted 15).

It is a common misconception when faced with an ultra-endurance cycling challenge to go out and spend long hours on the bike every day as the way to best train for it. Most people simply do not have the time to do this and it is often not the most efficient way of improving fitness/strength. 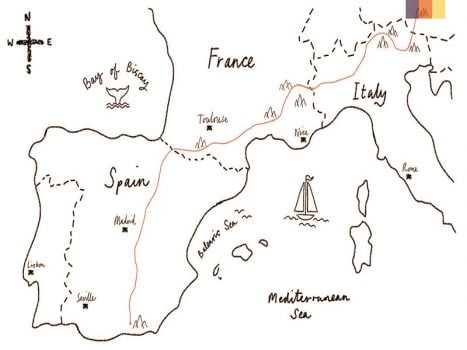 After consulting trainers, physios, and those who have taken on challenges similar to this, we quickly learnt that the most effective training which could fit into a busy working schedule actually involved hours spent indoors… yes, the dreaded turbo trainer. Thus our training routines consisted of targeted interval sessions on the turbo during the week, and extended endurance rides on the weekend.

It is obviously impossible to replicate the climbs we will soon take on in Europe while training in the UK. In regards to the last climb (Pico de Veleta, Sierra Nevada) which is nearly 40 kilometres long and tops out at 3,357 metres, it would be hard to replicate this anywhere in the world unless we were lucky enough to train in Columbia! 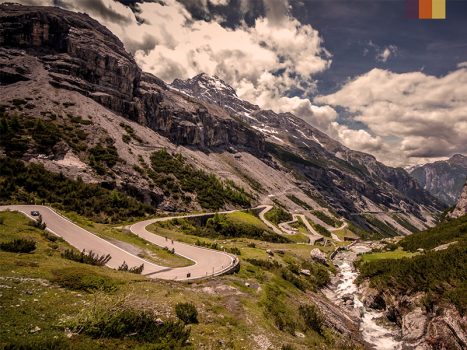 Being both South London based we do the majority of our riding in Kent. This is interspersed with cycling in the Chilterns and Surrey Hills (and a few trips further afield). For those not familiar with these locations from a cycling perspective, they should really check them out. Kent, in particular, offers stunning countryside, quiet roads, and importantly some very challenging terrain. There is constant undulation with climbs nearly always including sections of 15%-20%. You can do a 200km+ day and easily climb 2,500m-3,000m without ever needing to repeat a hill.

On the subject of hill repeats, although we didn’t have the pleasure a long slow climb at 6% while training, we did enjoy going up a single hill a few (many) times. Hills such as Toys Hills (Kent), Britwell Hill (Chilterns) and Aston Hill (Chilterns) provided suitable playgrounds for repetitive punishment. 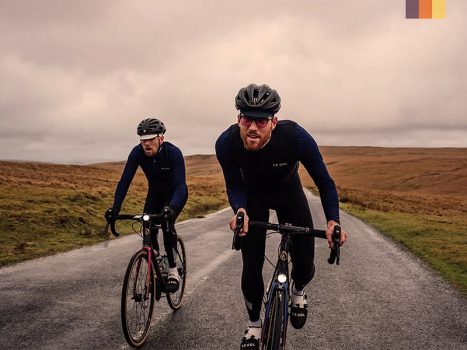 George and Leo train ahead of their prodigious cycling challenge

For our dedicated training week, we based ourselves near Henley and spent seven gruelling days exploring southern England in early April. We spent over 53 hours on the bike. Over the course of the week, we cycled through Oxfordshire, Berkshire, Hampshire, Wiltshire, Gloucestershire, Buckinghamshire, Northamptonshire, Bedfordshire, Cambridgeshire and London.

We, of course, experienced challenging weather as you would expect to at this time of year in Britain. But the weather quickly turns when up in the mountains, so this sort of riding prepares you from a mental hardiness perspective, and also knowing what kit to have with you and how well it stands up to inclement conditions.

To find out more about George and Leo’s journey, visit www.ninemountains.co.uk.

The pair are raising funds for James’ Place (www.jamesplace.org.uk), a charity providing support for men in suicidal crisis.

You can follow them on social media (Instagram: @cyclingninemountains) where they will be posting daily updates on our progress.

If you’re inspired to ride in Europe following George and Leo’s efforts, head over to our European Cycling Holidays and find out how you can follow in their footsteps.