Following two months of viewing some incredible photos from the famous Cap Formentor lighthouse in Mallorca, the team at Love Velo have decided on a clear winner of the signed British Cycling Jersey.

Whilst bikes and people made up the large majority of entrants to this competition, our favourite picture came courtesy of a goat…yep! After riding 20km out to the lighthouse from Port Pollensa, Robin Strong was greeted by a rather unfriendly goat who, as his caption explains, was keen to steal Robin of his banana.

What makes the picture even better are the views of Cap Formentor’s switchbacks and in the background, although the goat is understandably stealing the focus for this image!

“Rode to the lighthouse last year and as soon as I pulled out a banana I was attacked by a mad, hungry goat. Fortunately, I was able to stuff the banana into my mouth and fob the goat off with just the skin!” 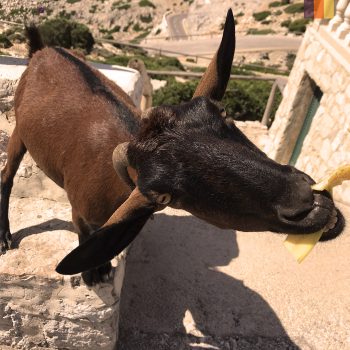 After contacting Robin, we were delighted to hear that he would be donating his prize to the Duchenne Dash, for which he is a ride captain. This London-Paris ride takes in place in June and raises money for Duchenne UK  – a muscular dystrophy charity that does amazing work to try and cure a debilitating disease that primarily affects boys.

We’re glad the jersey has been sent to such a worthwhile cause and will continue to track the progress of the Duchenne Dash. Check out their page for more information.

We’ve shared our runners up of the Cap Formentor Competition below. Thanks to everyone who sent in their photo’s and keep an eye out for more competitions in the future… 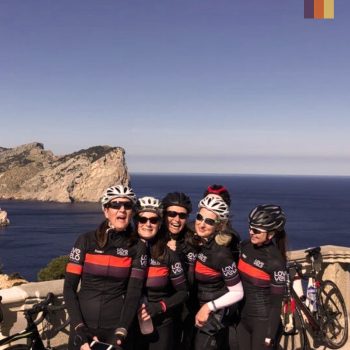 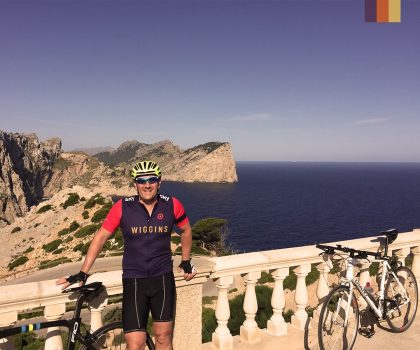 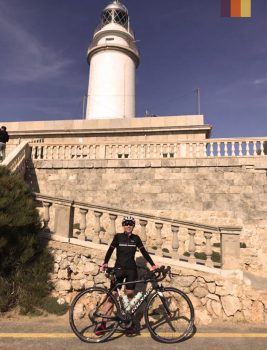